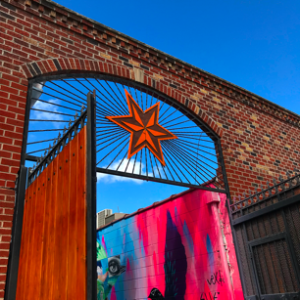 RED HOOK – Microbrewery interest has been on the rise nationally and New York is no stranger to the growing trend. While some older breweries are struggling to compete with the flashy new kids on the scene, one local classic is trying to innovate in ways that could change the way beer aficionados interact with the industry.

Still in beta testing, Sixpoint launched a brand new mobile app allowing customers to pre-order from two different limited release small batches and pick up directly from the warehouse this past Saturday. Loyal customers appreciated the momentous celebration since the Sixpoint doors haven’t been open to visitors since 2010 due to a combination of limited space, no formal tasting room, and the impact of Hurricane Sandy.

“The beer industry as a whole is fairly archaic. People innovate in different beers and styles, but no one’s innovating in the experience,” says Sixpoint’s Vice President of Marketing Max Nevins. Hoping to facilitate a better overall experience where customers can avoid a line and the in-person credit card transaction, the app allows the brewery to presell their entire stock and gives customers the flexibility to stay for a good time or head home quickly to enjoy their purchase. 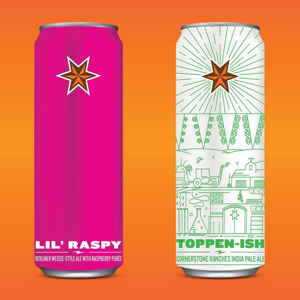 Even with a rich history of brewing beer, most of New York’s boroughs are still playing catch-up. Brooklyn, the third most populous “city” in the United States, is host to a mere 12 breweries compared to microbrewery meccas like Denver, Portland, and San Diego all boasting countless options for locals and tourists alike. Sixpoint Brewery is celebrating its 13th year, making it one of the oldest breweries in the New York area. Consistently evolving through unique flavor combinations like their Oyster Stout and their early adoption of canning beers in what they dub the “nanokeg,” 2017 presented an opportunity to develop in new ways.

The app was praised by Saturday’s patrons who were greeted with free beer samples, a live DJ, and tasty treats courtesy of Empanada Papa. By preselling the beer and offering a set pickup window to prevent a waiting line, Sixpoint cultivated a special occasion on site that left customers like Nicole Monastero excited for similar events in the future. “They honestly killed it,” said Monastero’s instagram post. “Can’t wait for round [two]!”

Other patrons who hadn’t recently visited were also happy with the day’s events. “It’s been years since I have been to the brewery. A lot has changed, but I am stoked about the energy coming from them,” explained Nic Barajas who had not been to the brewery in more than six years.

Customers were surveyed on overall user experience, how easy it was to use, and if they would use the app again and according to Nevins, “consumers were really receptive to it and our survey results were overwhelmingly positive.”

However, not everyone was as satisfied with the app launch, particularly Sixpoint customers from out of state who felt the marketing was unclear. “[Sixpoint] opened a brewery in Memphis so getting it fresh is a lot easier now, but I wish they wouldn’t have got us excited for nothing,” said Arkansas resident Wes Nicholson who will sometimes make the drive. Henrique Pinto of Pennsylvania said distance was a secondary issue to the limited pick up window. “I’ve had Sixpoint before and they’re good, but not drive-2-hours-and-spend-3-in-line good. Don’t get me wrong; I’ve done it before. I’d drive to Brooklyn to pick up a big release, but I need some room to work my schedule; one day isn’t enough.”

Sixpoint recognizes some of the barriers to accommodating all of their customers. “Since we don’t have a tasting room, we do have to set designated [pickup] days. We decided to turn the release into a full event – all of our brewers were there – it was basically a party at the brewery…and we had people there from Wisconsin, Delaware, New Jersey and out of town – that was really cool to learn,” said Nevins.

They hope to make their beer more available over time and plan to continue with monthly releases leading up to the 2018 grand opening of the highly anticipated tasting room.

Marjan is a graduate student at the NYU Journalism Institute. She is interested in the storytelling of marginalized voices from a transnational perspective invoking notions of interconnectedness, intersectional feminism, and global citizenship.
View all posts by Marjan Riazi →
Tags: apps, beer, breweries, brewery, Brooklyn, mobile app, New York, sixpoint