Crime Awareness on the Agenda of Elmhurst

A box of powdered milk was stolen at a small grocery store at the corner of Queens Boulevard and 51st Ave a few weeks ago. The incident happened when the shop owner, Ben Chen, was busy unloading cargo from his truck and so couldn’t pay as much attention to watching the store. Chen, or anyone else at the store, did not report the incident because they thought it was unnecessary.

“I really don’t know what happened; I didn’t catch the person. I barely saw who did it. It doesn’t make any sense to report such a small incident; it’s a waste of time,” said Chen in Chinese.

Ben Chen behind the counter at his grocery store

Since the Pan America Hotel on Queens Boulevard was converted to a homeless shelter this past June, there has been more talk of crime in the neighborhood. Elmhurst community activists are concerned that small incidents, like the one that happened at Chen’s grocery store, have been more of a problem, according to Rosemarie Daraio, president of Community of Maspeth and Elmhurst Together (COMET), a neighborhood civic association.

“We have been hearing incidences of shoplifting, of harassment, of theft. That might not all be attributed to the shelter, because when someone gets robbed we don’t know whom the robber is; they just run away,” said Jennifer Chu, a neighborhood activist.

Despite neighborhood concerns, police data shows crime is not on the rise. A crime analysis in September within 1/3 of a mile near the converted homeless shelter found that crime has not increased since families were moved in June, according to Deputy Inspector Ronald Leyson at the Community Council meeting.

However, community activists charge that the police data is not accurate. They argue another issue is plaguing this immigrant enclave—namely, the reluctance of Asian immigrants to report crimes to the police.

“People are afraid [to report crime] because in China [criminals] may retaliate against you, but they don’t do that here. Some Asians are shy and think they can’t report a crime because they are not here long enough. You can report if you are here one day, or one hour; it doesn’t matter,” said Rosemarie Daraio, president of Community of Maspeth and Elmhurst Together (COMET), a neighborhood civic association. “The criminals they know that Asians don’t fight back, they don’t report crime. They are such easy targets for everything.”

Leona Lee, assistant professor from John Jay College of Criminal Justice at the City University of New York (CUNY) said not reporting crime is an existing problem for many immigrants, including Asians. They avoid going to the police because of language problems, and concerns due to their immigration status. Such worries persist despite Executive Order 41 which prevents police officers from inquiring about a person’s immigration status if he or she is the victim or witness of a crime, or if he calls or approaches the police seeking assistance.

“They don’t want to create any problems, including green card holders. And they don’t trust the police and believe the police won’t do anything to them,” Lee said. “Others worry about spending long hours in court. It could be a very time consuming thing for immigrants, because they cannot miss too much work. Crime victims also fear retaliation from offenders, especially if they live in the same neighborhood.”

Asian immigrants, in particular, have different cultural values, which makes them less likely to report crime. “Asians are not usually very aggressive. They value harmony and avoid troubles,” Lee said.

Local residents like Chu and Daraio said they love the neighborhood and want it to be a safer place. They believe it requires everyone’s input, and they worked with local Asian neighbors to help them to speak up, by reporting crimes for example. Daraio now emphasizes the importance to be aware of crimes and to report them during every community meetings, and lets her neighbors pass the word. Chu sets up information tables at schools during parents association meetings to educate the parents. 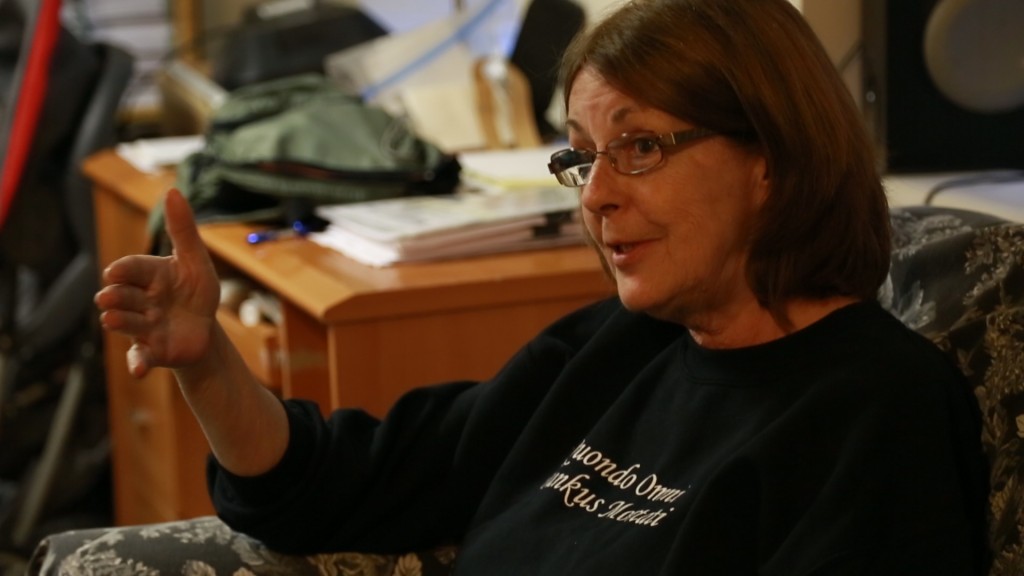 Rosemarie Daraio talks to local residents during its community meeting

Guangmou Wu, pastor and founder of Elmhurst Christian Gospel Church, works at New Fellowship church one block away from the shelter every week to provide free food and clothes to homeless people and families from the Boulevard Family Center. He said having such group of people in the community is a blessing but could be a dilemma.

“It is my responsibility and pleasure to help these people to make them feel comfortable and welcomed in the community. But I do have heard more complains of incidences and crime in the neighborhood. I love and care about them both. I guess what we can do is to educate the residents to be aware and to speak for themselves,” Wu said.

Ricky Liu, a first generation Chinese immigrant residing in Elmhurst, said he was robbed years ago in the neighborhood and didn’t report the crime because he was undocumented at the time and was afraid to put himself in danger. But as a long-term neighbor and close friend with Dereio, Liu said he now understands the importance of reporting crimes.

“It is the best for a community but not just for yourself,” said Liu in Chinese. “We have to be united to fight back against criminals. And by fighting back, that’s by reporting crime, that’s by not being afraid.”