After more than a year of waiting, the timeline for opening the new waterfront park, Bush Terminal Park, in Sunset Park, Brooklyn was finally slated.

“Great news! NYSDEC has approved our site management plan, and we have executed an MOU with the Parks Department. Happy to hear that our partners at Parks are planning an opening day in early November,” reads the announcement on NYCEDC’s official website.

This is not the first time EDC announces timeline of the opening. Prior to this announcement, EDC has already delayed the timeline for three times. The last promise was this September.

NYCEDC explained that it has to submit additional documentation about remediation work on Bush Terminal Park to New York State Department of Environmental Conservation (NYSDEC).

Venetia Lannon, Regional Director at the NYSDEC for Region 2, confirmed that they recently received the paperwork submitted by NYCEDC. 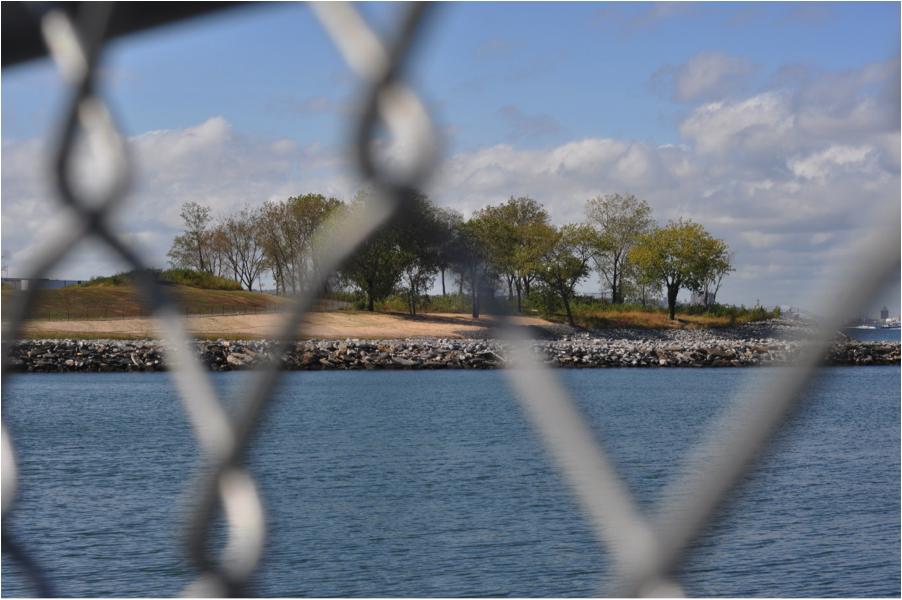 Some local residents are becoming impatient about the opening of the park.

He explained that the other reason why he is skeptical about the opening of the park is that he believes the remediation work was not done properly. There were already issues with the ball field when he toured the park this summer.

The park is located at a former brown field in the century-old Bush Terminal Industrial complex. The remediation work on the brown field began in 2009, and finally fished in August 2014.

“It was a big undertaking. It was not easy. Lots of obstacles. And EDC got it right. They want to make it sure for the children, for the people to be safe,” said John Sal, a business owner in the Bush Terminal Complex.

While the new waterfront park hasn’t open, NYCEDC announced that it would lease half of the 58th street pier, the only public access to waterfront, to a barge operator for the next four years.

The move to close half the neighborhood’s precious waterfront access has infuriated much of the community.

“They get more and more [waterfront] down in Brooklyn Heights, and we get nothing. We get less than nothing, they takes thing away,” complained Tom Murphy, a local resident who has lived in Sunset Park for decades.

Sunset Park is a neighborhood in the western section of Brooklyn with over 2.5-mile stretch of waterfront. But the community has almost no public access to the waterfront except the 58th street pier and the delayed Bush Terminal Park.

Besides the delays, Jeremy Laufer, district manager of Community Board 7, said the park has been scaled back significantly from what it was initially proposed when was it first proposed and some facilities, including a children’s playground, environmental center and second egress were missing.

“So we need to bring these discussions back to expanding the park, bringing the facilities back that they previous promised to us,” said Laufer.

As to the close of half the 58th street pier, Laufer pointed out that the community board voted against the proposal and was not clear whether NYCEDC would invite them to get involved in the negotiations about closing the pier or not.