Elmhurst is One Step Closer to a New LIRR Station

Weeds grow wildly over the railway tracks, graffiti abound – the abandoned Long Island Railroad Station in Elmhurst has been sitting 29 years above east Broadway, one of the neighborhood’s thriving business centers. Now, where the old station was razed, a new LIRR station is likely to stand. 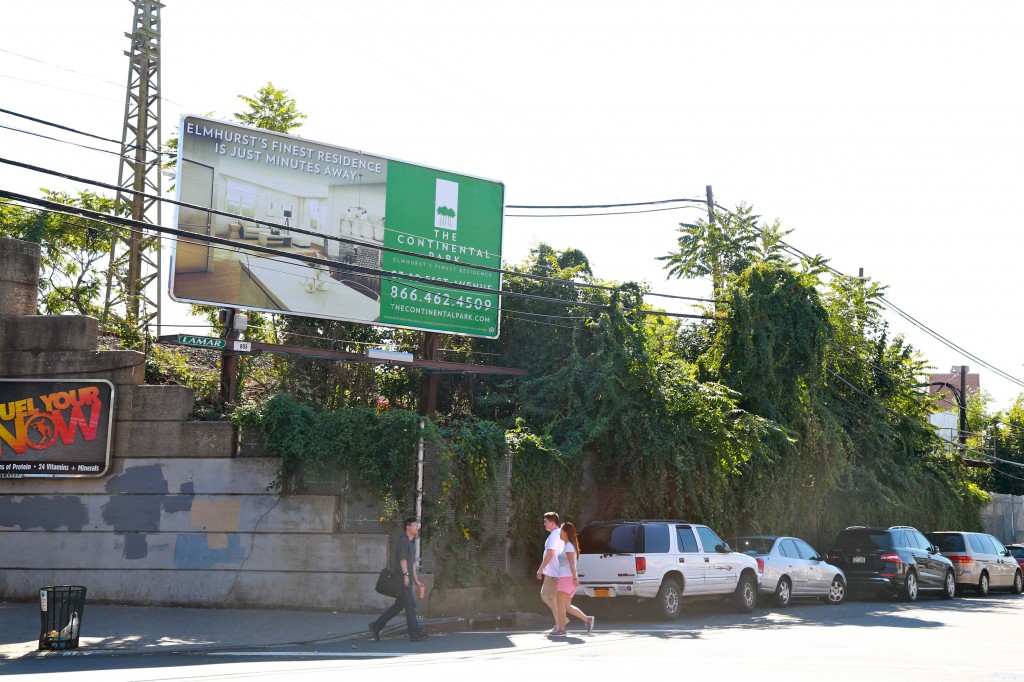 The LIRR line goes across Elmhurst but doesn’t stop. Sept.27th 2014 (by Siyi Chen)

On Sept.24th, MTA released its 2015-2019 Capital Program, proposing to invest $40 million out of the $32-billion-plan into building a new LIRR station in Elmhurst – 29 years after the old station was closed due to low ridership. Although the Program hasn’t been finalized yet, it marks a new progress on Elmhurst station’s reopening schedule dating back to early 2012 and brings new possibilities to the neighborhood.

“The community have been fully aware of it [the possibility of reopening the LIRR station] for about a year and half,” said Christian Cassagnol, District Manager of Queens Community Board 4 (Corona, Corona Heights, Elmhurst). “We’re definitely in favor of the change. People are looking forward to it.”

The rising expectation for restoring the LIRR station stems from significant demographic and economic changes that took place in Elmhurst in the past two decades.

According to a report from NYC Department of City Planning, the population in Elmhurst and Corona rose by 25 percent from 1990 to 2010. In 2000-2010, the number of businesses in this area grew three times faster than that of the rest of the City, as shown in a 2011 report from New York State Comptroller. In response to the growing population and business vitality, LIRR conducted a survey in July 2013 to prove rising ridership, which leads to the proposed investment into a new Elmhurst LIRR station in their recent Capital Program.

“People from Manhattan, from Long Island are already coming to Elmhurst, to Broadway, one of the most diverse and economically vibrant areas in Queens or even in the world,” said District Manager Cassagnol. With the possibility of a LIRR stop in Elmhurst, “We’ll have the direct line connecting them with us. ”

Now that the community is one step closer to the new station, many business owners nearby expressed their fevered anticipation.

“I definitely expect more business to come if the new station gets to be built,” said Mr. Hussrin, owner of Green Grocery & Convenience, a store next to the LIRR railway that has been open for 14 years.

Many are already getting prepared for the proposed new station.

“A few months ago the MTA went to my restaurant and asked if I would provide facilities for future construction workers,” said Lucy Wang, in Mandarin,  who is the owner of Lao Beifang Dumpling House, a popular dining place in Elmhurst next to the proposed new station. “I said of course.” Wang is excited about the new business the station could bring.

Wang has been running the restaurant for over 10 years. Most customers are Chinese students who study in Manhattan but reside in Elmhurst. Selling fast and easy-to-take-out food, Wang believes her restaurant would be a perfect fit for commuters brought by the potential new station. “I am even thinking of upgrading our service to 24 hours,” she said. 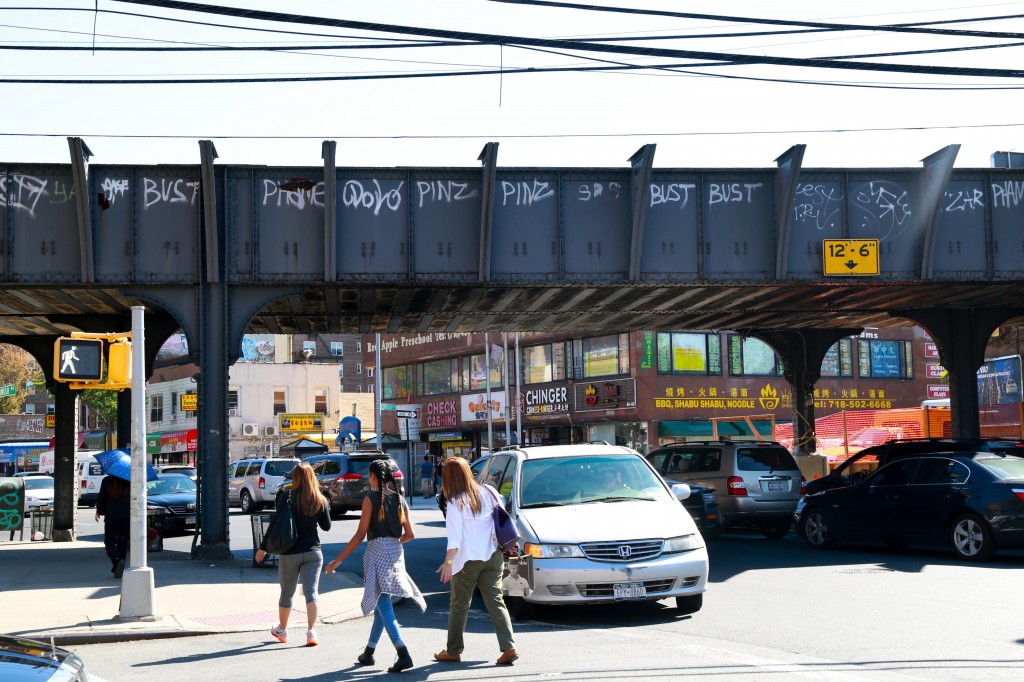 While local business welcome the change, many commuters see few advantages of the proposed new station.

“I don’t think it’s worth it,” said Chad Fang in Mandarin, referring to taking LIRR. Chad is a School of Visual Arts student living in Elmhurst. He usually spends 40-50 minutes on commuting via M or R line. For express line E or F that stop at Elmhurst on weekends, only 30 minutes is needed to go to Manhattan. Even if the LIRR might take 15 minutes less, Chad is not tempted.“The biggest problem is that the LIRR pass is not compatible with other subway lines. With a Metro monthly pass, I pay $112 to get unlimited rides within the City. But riding the LIRR, I need to pay extra.”

Time saved by taking LIRR seems less tempting compared to its expensive fares. A single off peak ride of LIRR could cost $5.75-7.00 while a subway ride only costs $2.75. Moreover, the proposed station is just one block away from the M and R subway station in Elmhurst, making the competition fiercer.

There is another great alterative that distracts local commuters from riding LIRR — commuter vans.“If I want to commute between different Chinatowns across the city, I would rather take the commuter vans,” said Jie Zeng, in Mandarin, a Brooklyn resident who works in a liquor store on Broadway in Elmhurst.

Run by Chinese companies, these commuters vans stop at Eighth Avenue Brooklyn, Elmhurst, Flushing and Manhattan Chinatown, to provide cheap service to Chinese immigrants all over the city. For example, a company called B.Q.E Bus Service runs a line from Chinatown to Elmhurst 24 hours a day, 7 days a week. A 19-seat shuttle van departs from Chinatown every 10 minutes. A single trip costs only $2.5 and lasts 20-30 minutes.

With the Chinese making up nearly a quarter of the local population, such commuter vans are a popular choice in Elmhurst. It was so commonly used that it even became a problematic source of traffic. Some local civic groups have been protesting against these vans since 2009.

Nevertheless, despite the community’s split attitudes, the proposed new station is not for certain yet. It needs to win another round of approval, as the whole MTA Capital Program would be submitted to the State review board by October 1. “Since the proposed MTA Capital Plan has not yet won approval in Albany, technically none of the projects are funded at this time,” said Salvatore Arena, spokesman for LIRR in an email reply. With a funding gap of $5.2 billion in the whole Capital Program, it remains uncertain when the proposed $40 million investments into the Elmhurst station would become reality.

However, the community doesn’t seem to be too worried about the uncertainty as they have confidence in positive changes coming to the neighborhood.  “It’s not a matter of time,” said District Manager Christian Cassagnol. “Changes along Broadway is already happening. We always need more buses, upgrading infrastructures etc. If not LIRR line, there will be other improvements too.”