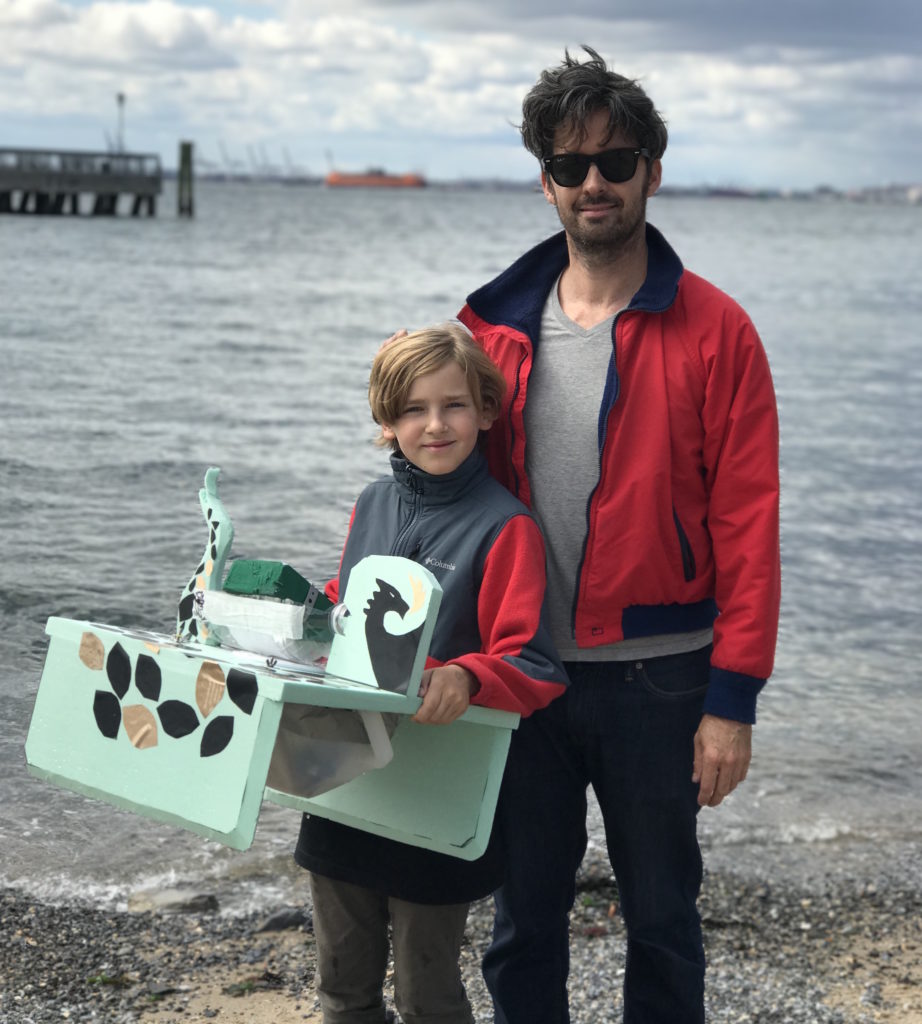 10-year old Niko Grocholski celebrating his win in the DIY category of the Red Hook Regatta. (Photo by Basia Grocholski)

Ten-year-old Niko Grocholski turned out to be the most efficient cargo transporter at Valentino Pier in Red Hook, Brooklyn recently. His radio-controlled dragon-shaped wood boat, that he made with the help of his mom and his mom’s boyfriend, was able to transport the most foam cubes from the shore to the pier where the cargo was then picked up with fishing rods equiped with red hooks, winning the DIY category at the third annual Red Hook Regatta, a boat-racing event that celebrates the neighborhood waterfront business.

“The idea is to tie cutting edge technology with Red Hook’s rich history as a shipping harbor,” said Bethany Tabor, manager of the technology programs of Pioneer Works, a Red Hook cultural center and also the organizer of the Regatta. This year 24 teams competed in the race with participants ranging in ages from 5 years old to twenty somethings. In addition to the DIY race, where particpants created homeade boats of any material, there was also a race just for 3-D printed boats.

The shipping business, which was once the livelihood of Red Hook, is now facing challenges from both the development of the alternative means of transportation and the uncertain attitude of the Port Authority of New York & New Jersey, the chairman of which revisited the topic of selling the Red Hook Terminal in June.

Port Authority Chairman John Degnan proposed at Crain’s 2017 Real Estate Conference that the agency should offload the terminal property to make money for transit needs, according to Crain’s conference record. That’s hardly the first time a death threat has been put on the Red Hook waterfront industry. The same idea was proposed in 2011 by former Port Authority executive director Chris Ward and again last year by AECOM, a New York based contractor where Ward now serves as Chief Executive. AECOM proposed a plan to build up to 45 million square feet of residential space in Red Hook on several different sites, including the terminal. 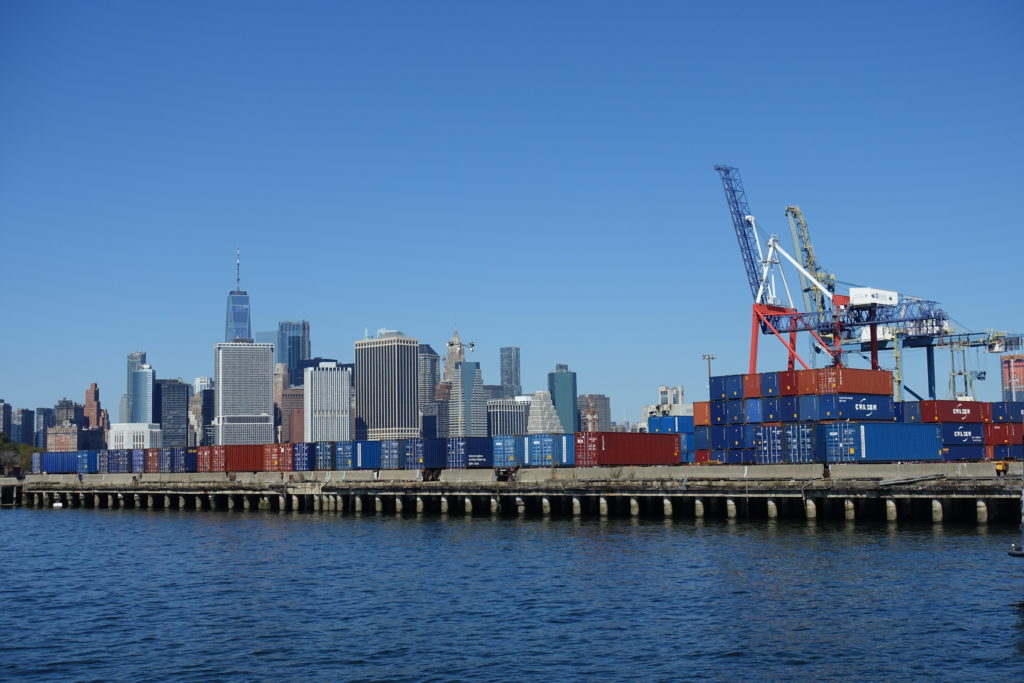 Proposals on terminating the working waterfront in Red Hook are opposed by both the city council and the local community.

Estrada also confirmed that despite all the talk of redeveloping the Red Hook port, no actual efforts has been taken to selling the terminal. “Just because there are talks about it doesn’t mean it’s gonna happen,” said Estrada. “The Port Authority has been sending conflicting messages but they haven’t explicitly said that they will abandon the terminal.”

However, rumors can hurt. “The terminal is challenged by external threats to its very existence, which creates an unstable and uncertain environment that drives away business,” said Carolina Salguero, Founder and President of PortSide New York, a 12-year old local waterfront advocacy organization. “The Port Authority being not talkative also doesn’t help.”

The Port Authority refused to comment on the proposals of selling when contacted by this reporter.

Such uncertainty adds to the challenges that the shipping business faces especially in the increasingly competitive and truck-dominating transportation industry. According to the city’s most recent Department of Transportation Strategic plan, of the 400 million tons of cargo that enter, leave, or pass through the City each year, more than 90 percent is carried by truck.

The surge in truck transportation inevitably leads to environmental concerns and traffic congestions. “Nobody is building more highways in NYC, nobody wants more trucks,” said Estrada. “Waterborne transportation is more cost-effective to the companies and it’s also about environmental justice.”

The working waterfront also serves greatly to the local needs. A report from the Port Authority this year shows that approximately 80 percent of the cargo that enters the Port of New York and New Jersey is destined to stay in this region.

Due to the 2016 Trade Statistics from the Port Authority, even though the general cargo exports declined by 2.2 percent, compared to 2015, imports kept growing. The most major import growth is vegetable products, almost 3 times more were brought into New York last year.

Despite the silence from the Port Authority about the issue, there are signs that it is working to increase the business activity at Red Hook Terminal. In September 2016, the Port Authority launched a barge service, which is designed to transport goods to and from Brooklyn, Queens, and Long Island by water with the Red Hook Terminal serving as the starting point for barge trips.

A 30-year master plan was also launched by the Port Authority this year to enhance the port’s position in the North American East Coast trading over the next 30 years. The Port Master Plan is being designed to support future sustainability, growth and economic development for all port stakeholders, according to the latest Port Planning Summit in May.

However, for the residents of Red Hook, shipping is more than just business. “We hope to let the community members understand the working waterfront,” said Tabor at the end of the Regatta. “This is really a call back to the identity of Red Hook.”