Maria Elena Cantarero, the owner of Tacos El Rey, has lived in Brighton Beach since 1979

“People wanted to break their TVs, you know,” Humayun Butt, the owner of a fabrics store in Brighton Beach, said two days after the election.

The area that is often called Little Odessa due to its large population of immigrants from the former Soviet Union also is home to many Pakistanis. Unlike the majority of Russian-speaking residents, who voted for Donald Trump, they enthusiastically supported Hillary Clinton and now have to reassess their expectations of the future.

On election day, this family-run store on Neptune Avenue, Anchal Fabrics, was a place of hope. The entire owners’ family voted for Clinton, and one customer, Mia Parllaku, originally from Kosovo, said she was “praying day and night” for her to win.

“Of course, this is very emotional and very painful,” she said on Thursday. “Now we have to wait for four years.” Parllaku, who works in real estate in Manhattan, admitted she couldn’t go to work the next day after the election.

“Everybody has a bad feeling about the future,” said Kulsoom Butt, one of the store owners. Just around the corner, these concerns rang true for another Pakistani woman, Lubna, who was waiting for her daughter to finish the Quran reading session for children at a mosque.

“All Muslims here were for Hillary Clinton,” she said. “I am a green card holder, but I am afraid of what is going to happen because of what Donald Trump says. Will I have to go home to Pakistan?”

Hispanic residents in Brighton Beach share similar concern. Maria Elena Cantarero who runs a Tacos El Rey restaurant on Coney Island Avenue voted for Hillary Clinton hoping that she would help newcomers, although she herself has been living in Brighton Beach since 1979.

“I got depressed. Not only me, all the Spanish people around this area. They thought that Hillary was going to do something for them. There are many people here who don’t have papers, but they are very good workers. And now there are going to be consequences for them,” Cantarero said.

Although Hillary Clinton supporters secured her win in New York in general, in this assembly district, number 45,  Donald Trump won by almost 4,000 votes.

At the Knesset adult day care center, the overwhelming majority of residents voted for Donald Trump. The center provides meals and entertainment to Russian-speaking seniors. In the days after the election, the atmosphere at the center has been jubilant.

“Everybody was jumping in joy,” Yevgeniy Odinokov, director of the center, said, referring to his visitors, most of whom are older than 70. “We had Trump on three screens; there was a standing ovation. Everybody wants peace, and this is what he would bring us.”

However, for some Brighton Beach residents, it is hard to grasp why former Soviet immigrants, especially seniors, would vote for Trump.

“Most of my Russian senior clients are on fixed income, dependent on government programs,” says Pat Singer, head of the Brighton Beach Neighborhood Association. “I don’t believe Trump nor his party have any sympathy for people in this situation.” 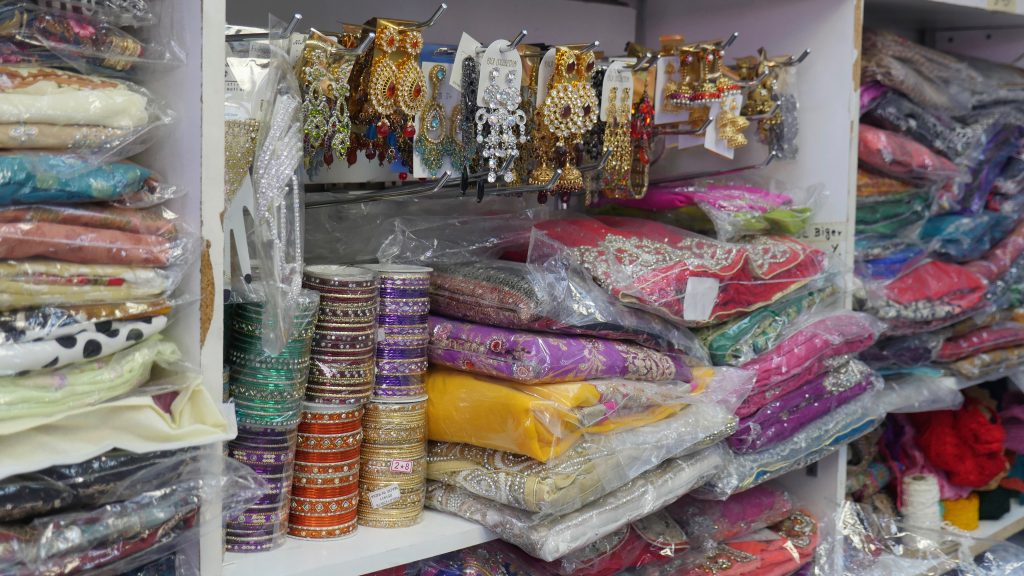 Anchor Fabrics store gets some Russian clients as well

While it is clear when talking to some Trump supporters that they do not understand potential consequences their vote can have on their welfare benefits, for others it is a conscious sacrifice they are willing to make for future generations.

One of the visitors at the Knesset center, Charna Kaplan, explained that when she and her husband moved to the U.S., they were already older than 50, and could only work for a few years – not enough to secure financially stable retirement.

“I am now at such age, that I don’t have much time left, but I hope it will be better for my children, grandchildren and great-grandchildren,” she said. “There are too many freeloaders in this country.”

“After 6 to 9 years of being and working in the United States, they are already entering middle-class in terms of annual household income. But in terms of accumulated wealth, they are not very good. Every few hundred dollars of disposable income here and there counts,” he explained, talking about Trump’s promise to lower taxes.

This issue is not entirely foreign to other ethnic communities. Cantarero’s 24-year-old nephew was the only person in the family to vote for Donald Trump, arguing that working people pay too much for welfare programs benefitting others. Cantarero admitted she understood this argument but doubted that the promised cuts in taxes would help small businesses, like hers.

According to Cantarero, the only Republican president to ever do something good for immigrants was Ronald Reagan in the 1980s who signed the Immigration Reform and Control Act, granting amnesty to approximately 3 million illegal immigrants.

“(Trump) doesn’t like Spanish people, and we are going to feel this stuff,” Cantarero said, waving in the direction of the kitchen of her restaurant. “They always say that Spanish people take jobs of Americans. This is stupid. American people are not going to work in here. Do you think he is going to peel the shrimp and cut the radishes? No.”

While the Russian-speaking community celebrates, their Hispanic and Muslim neighbors start thinking about the next election.