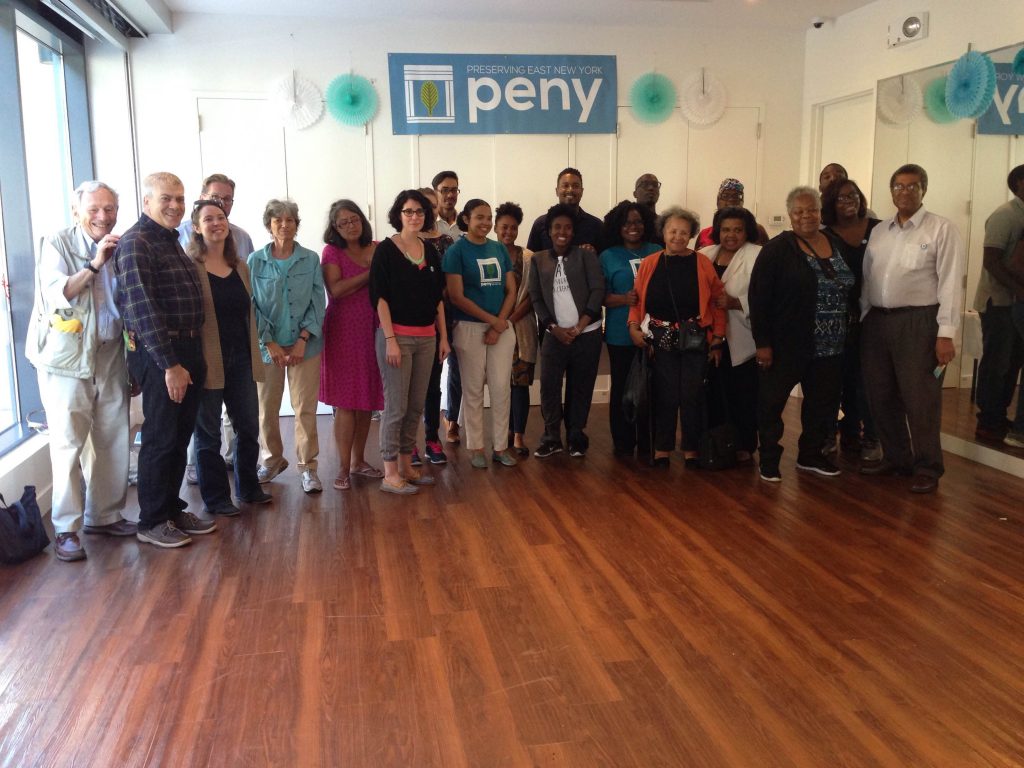 At the after party at Arts ENY after a walking tour of historic East New York.

“What brought you here?” one of the people on the tour asked Farrah Laftonant, the official tour guide of Preserving East New  York or PENY. ‎ “Love is what brought me here, 16 years ago when I was dating a guy from East New York, then I fell in love with the neighborhood,” replied Laftonant.

PENY is a community organization founded last February that advocates for historic preservation through entire East New York by creating awareness and educating the community about the historic resources that exist. The tours are part of the mission.

Zulmilena Then, the founder of PENY got the idea last year after reading about plans to demolish the East New York Savings Bank. About the same time Mayor Bill de Blasio was talking about rezoning of East New York further convincing Then that preservation was needed. Although she admits that at the beginning there was not a lot of awareness around preservation issues in the neighborhood there was still interest in the work of PENY.

The turning point for PENY came when it received the support from HDC. HDC identifies themselves as “the advocate for NYC’s historic neighborhoods”. Most of the preservation groups around NYC are hoping to get sponsored by HDC. HDC has an annual program called “Six to Celebrate” where they select six neighborhoods to focus their preservation efforts and advocacy. “Lucky enough, ENY was among the six for this year,” said Then. HDC also sponsored the first tour in June.

Roughly 35 people participated in the first tour, said Laftonant. “It was a huge number,” she said. “It was a big success.” Then and Laftonant met each other at a public hearing in response to the rezoning plan asking the city to address the historic preservation. They were deeply connected and started to work together.

Most of the 16 people who participated in this year’s tour were interested in the architectural aspect of ENY. “The architecture of Brooklyn is different than Queens and the Bronx, where I grew up,” said Linda Fisher who came from Queens to the tour and peppered Laftonant with lots of questions. “I take the J train to work, it passes through ENY. The architecture of the buildings here were all the time fascinating to me.”

An after party took place at Arts East New York where local residents were waiting for the tour people to welcome them. More information about the neighborhood was available in the after party.

“Being on the tour helps me to connect with my neighbors,” said Zonasha Ward, a new resident of East New York. “ I was living in Bed-Stuy before but the rents went extremely high. It’s around $800.000 to $1 million to buy an apartment there. ENY was affordable for me and my husband”

The tour not only focused on the 75th Police Precinct, which is a registered landmark, but the 14  buildings in the neighborhood that PENY is working to get registered as landmarks as well. 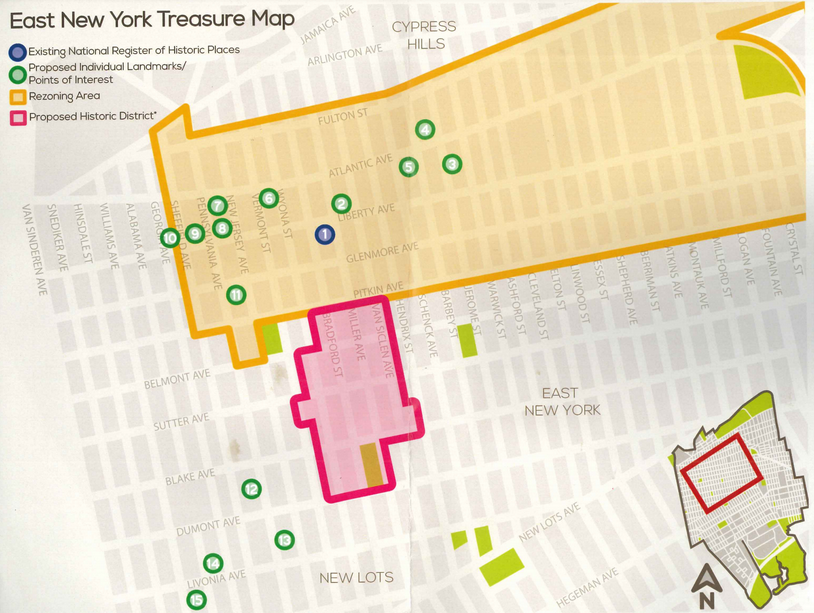