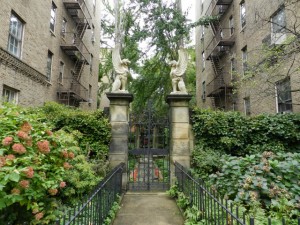 In 1910, the original Pennsylvania Station in New York City was built, but a little over half a century later this architecturally historical building was demolished to make way for what is now Madison Square Garden. After its devastating destruction, many residents of New York City were upset that such a prestigious landmark was torn down. The city then created the Landmarks Preservation Commission which, according to its website, is the largest preservation agency in the nation, responsible for protecting New York City’s architecturally, historically and culturally significant buildings. In New York, there are more than 33,000 landmark properties that are located in 114 historic districts in all of the five boroughs.
One of those historical districts is located in Jackson Heights, Queens. Recently, the Landmark Preservation Commission (LPC) has seen a proposal to develop the half-block commercial property on 84-11 37th avenue to build on top of an already existing one-story building and create a four-story apartment structure. The petition also requested the windows and doors of the protected building be changed. According to the LPC, any building protected within a historical district must receive approval of any alteration visible from the street.
Nearly 60 neighborhood residents and members of the Jackson Heights Historical District attended a public hearing to oppose the redevelopment of this proposed project and more than 1,700 petition signatures were emailed and mailed directly to the LPC.
Jorge Bonfante, life-long resident of Jackson Heights, explains that there is too much to lose on this proposal. “Look at how much the rent went up and how many empty stores we have now. It is just not feasible,” Bonfante said. “This is a historic district and it should be kept a historical district. I am not happy about it.”
The LPC could not be reached for comment regarding the development of this proposal.
Daniel Karatzas, head of the Architectural Committee for the Jackson Heights Beautification Group and local Jackson Heights real estate agent says that this building proposal will not fit with the uniqueness of the district. “There are a lot of political factors. Everybody is sort of pro-development in New York City,” Karatzas said. “If this development is approved, it will mean that we will still be paying a price decades from now.”
Yet, proposals to develop in the Jackson Heights Historical District have been successful in the past. Most recently, in January 2011, a plan to construct a six-story building on 84-01 37th avenue, after a fire destroyed the building, was proposed to the LPC and more than a dozen people spoke out during the Dec. 7 hearing against the proposition. The building was eventually erected.
Len Maniace, retired journalist and President of the Jackson Heights Beautification Group, says that proposals to develop protected buildings must meet a set of regulations enforced by the LPC. “For buildings in the historical district to be considered for development, the owner must show two things to the LPC; first, that the development is appropriate for the neighborhood and second, that the changes are appropriate to the building,” Maniace said. “This proposal doesn’t seem to fit the district and this proposal will drastically change the nature of 37th avenue, which is a big issue,” Maniace said.
Mr. Bonfante says the city should not trample on a space that is already allocated and protected. “We need to fight for what’s there and we should not be continuing to let it be torn down and built back up,” Bonfante said. “We as a community need to step up since we are going to be affected by this.”
Residents are still awaiting the ruling regarding this proposal and the decision could be revealed as early as October.
“It’s a long and arduous process,” said Karatzas. “The outcome is still waiting to be approved by the LPC and we are all just waiting to hear back.”