How Artificial Intelligence is Refreshing the Oldest Board Game 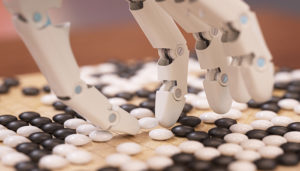 Is AI a serendipity that leads us to a brighter future, or a threat that could spell the end of human civilization? Such debate might seem commonplace during lunch breaks at Silicon Valley. However, professional players of Go, the Chinese strategy game that is the world’s oldest continuously played board game and arguably the most complex one, might agree with both sides. In the last two years, AlphaGo, a go-playing computer program developed by Google Deepmind, initially destroyed the last defense of human intelligence, and then refreshed the board game with its media influence and strong algorithm.

No such thing as bad publicity

In March 2016, when AlphaGo challenged the 18-time Go world champion Lee Sedol, few professional players took AlphaGo seriously. Even after AlphaGo won the match by 4-1, doubts of its inventive style kept being heard, until AlphaGo proved itself in 2017 by sweeping 50 matches in a row against top pros on the Internet, and months later beat Ke Jie, who then ranked no.1 in China. That day when he lost the match, Ke wept like a kid. 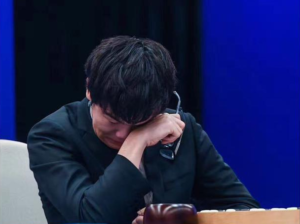 Just as Asian top pros worried if it was the end of the world, the game of Go gained great publicity in the western world. Two months after Lee Sedol lost, Stephanie Yin founded the New York Institute of Go, located in Little Neck, Queens.

“Losing to AI was an unexpected nightmare to professional Go players, but AlphaGo also made Go a hot topic on mass media and invite more learners in the US,” said Yin, who has taught more than 300 American kids to play Go in the last 2 years.

Every Sunday, more than thirty kids around the age of 10 spend their entire afternoon in Yin’s classroom. Quietly calculating moves, the kids contemplate the black and white stones on the 19×19 game board, their ears turning red with frustration often. Although most of the students are Chinese American, a few are white or interracial, and Yin offers online Go courses to dozens of non-Asians across the country. 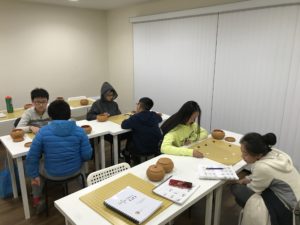 “Some Americans would say that Go is too abstract and mysterious for them, but the basic rules of Go are in fact super easy,” said Yin. “AlphaGo proves to Americans that Go is not entirely an Asian game and it should be valued by us all.”

The theoretical revolution of Go

The success of AlphaGo inspired many other developers, who made featured improvements in the algorithm of AlphaGo. There are now 10 other go-playing programs that have exceeded professional strength, including Fine-Art, developed by China’s Tencent, and ELF, by Facebook. With a more efficient algorithm, AI developed new ideas and strategies that significantly changed how Go is played.

“I was invited to California a few months ago to play a test-match with ELF, and I was shocked by the way it played,” said Stephanie Yin. “When I played a forcing move that 10 out of 10 professional players would answer, ELF ignored it without hesitation. I realized that the theory of Go has developed much faster in the world of AI.”

Many gambits in the game of Go, known as “joseki”, were regarded unassailable routines and followed for hundreds of years. But after AI’s test, some josekis were totally overthrown, shown on AlphaGo’s official website.

“[AI’s creative moves] help professional players to broaden their mind, and tell us to be critical of the old routines,” said Yin.

Chess players credit AlphaZero, the latest of DeepMind’s game playing systems, for starting to have a similar effect on the game. The unconventional moves and strategy of the AI play, where it has been known to sacrifice high-value pieces early on in a game, have forced traditional chess players to take more risks in their game and rethink hundreds of years of strategy.

AI is dear to me, but dearer still is Truth

Now, AI has become an important reference to professional Go players, who review every game they played with the help of AI and diagnose with their weaknesses. If you look at the recent games of top pros, you’ll find them quite close to AI’s style: intense, direct, and intuitive.

While many players trust AI without much second thought, some players are also critical about AI’s algorithm. “AI understands every move as a certain value that is directly related to the odds of winning, which doesn’t make sense for human players in many cases,” said Yaoyu Hu, one of the Chinese top pros. “We have to analyze the style of AI before copying its style. Nobody saves us from independent thinking, even if it was the God of Go.” 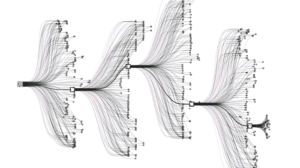 AI solves complicated calculation on the Go board with its robust algorithm.  Source: Quora

Tianyu Liu, an AI programmer at Google, pointed out that an AI’s output isn’t anywhere close to the optimal solution. “AI is just trained by more specific computing networks, so although it now plays better than human players, it is unlikely that AI has reached the ceiling of the knowledge of Go,” said Liu. “After all, the point of creating AI is to enable man to create and produce, not to copy.”

Deepmind, the developing team of AlphaGo, has moved on to study more complicated tasks such as economy prediction and health surveillance.

“AI will inevitably pose more challenges to human intelligence, but it’s very likely that we’ll accept and make use of AI the way professional Go players accept and make use AlphaGo,” said Liu. “If we learn anything from AlphaGo, that’s merely a start.”