The Dwindling Voice of Women on NYC City Council

New York City is losing women’s voices on the City Council. After the general election on Tuesday, women now account for 11 seats out of the 51 members, down from 13 on the current council. In 2009, the previous council, there were 18 city councilwomen. 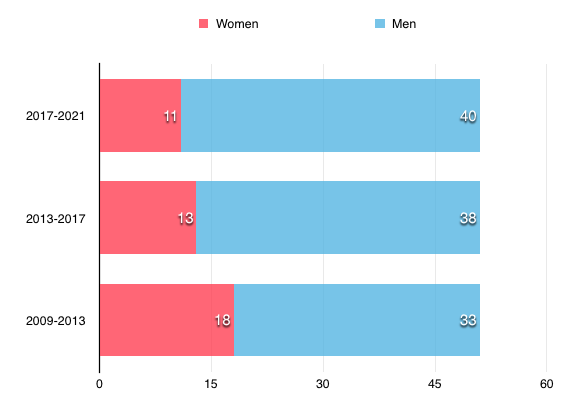 Data from: Board of Election in The City of New York

Women make up 52 percent of the population of NYC and yet their voice remains underrepresented and even dwindling in politics. According to a report conducted last year by the City University of New York on the political gender gap in the top 100 US cities conducted, the nationwide percentage of female City Council members is 26 percent while in New York it will be less than 22 percent for the next 4 years.

“Women gotta get more seats on the City Council,” Manhattan Councilwoman Helen Rosenthal, co-chairwoman of the City Council Women’s Caucus said the day before the general election. “But as my mentor used to say, if you can’t get a seat, just grab a folding chair.”

I didn’t have folding chairs for the ladies who ran for the City Council but I did offer some of them pieces of construction paper on which they wrote down what’s most important to them. 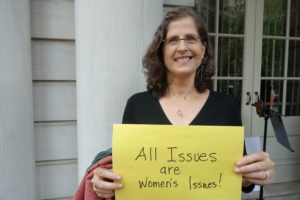 “Women are the glue to the families and to the communities. Women’s voice at the table changes the dynamic of the conversation, and they change the substance of what we talk about. Women at the table make the difference.” 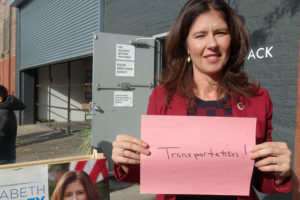 “I represent a section of Queens that’s often considered a transportation desert. We can’t rely on public transportation and our streets are congested with too many cars. Queens needs better transportation infrastructure.” 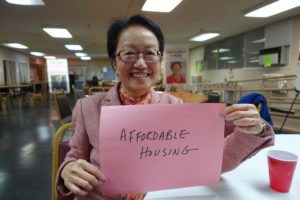 “It’s important to make sure that residents in lower Manhattan will be able to continue to stay in this neighborhood. Because we don’t want New York City to just be a city for the rich.” 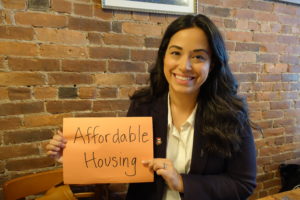 “When we say affordable, though it’s very hard to define, I think what’s most important is that you make sure it’s mixed income and it serves multiple families. So whether you’re a family of one, two, or four you’d feel like you have options.” 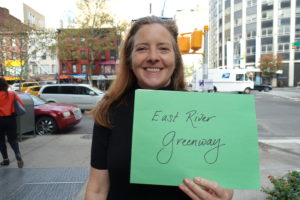