Gone But Not Forgotten: The New York Hipster 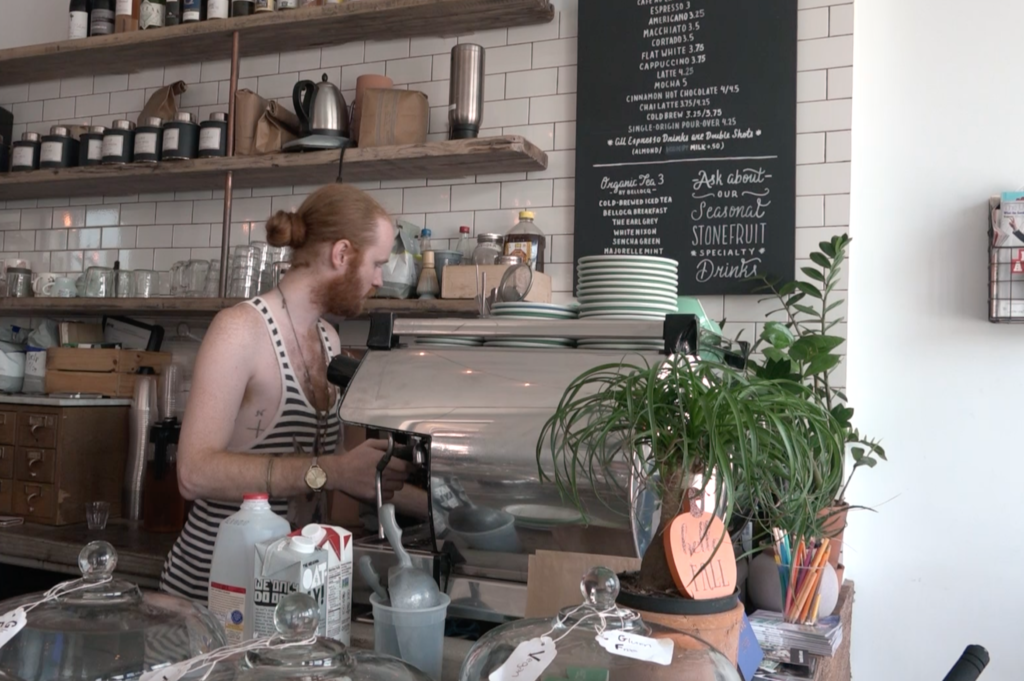 A barista at Stonefruit Espresso + Kitchen in Brooklyn

Back in 2012 Vero Bielinski, a German photographer, was living on Bedford Avenue, Williamsburg. This, she believes, was “probably the most hipster street in the world.” She noticed how the hipsters used fashion to express themselves, using “the street as a stage, in order to see and be seen.” This was the perfect vantage point for Bielinski to start to closely examine the subculture, and led to her 2015 successful photo book, “Brooklyn Hipsters.”

“Hipsterdom is an urbane, superficial subculture with an affinity for consumption,” she explains, adding “[Hipsterdom] has its origins in New York.”

Things are different today. Many, including Bielinski, believe that “hipsterdom” in the city is on its way out. “The peak of the subculture is over,” she says. “A trend is a trend. It is vanishing and something new will develop.”

Some evidence to support this observation came out earlier this month when housing website realtor.com, and Yelp released a report ranking America’s “Hottest Hipster Markets.” They identified the ten “most in-demand housing markets in the U.S. with the highest concentrations of ‘hipster’ businesses.”

Columbus, Ohio, topped the list; New York City did not make it to the top ten at all.

“The things that were considered hipster in the mid-to-late-2000s have since been normalized,” says Connor Toole, co-creator of Facebook series and book “Millennials of New York.”

Toole’s page satirizes the famous “Humans of New York” project, which relies on portraiture with extended captions to tell stories. When “Millennials of New York” first started in 2015, Toole posted a photo of himself where he was seen standing at a Brooklyn subway station wearing a plaid shirt. The caption talked about how Toole had to move to Brooklyn after spending all his money on $7 Bud Light Platinums at Manhattan bars. “I went to bed one night and woke up with this beard. I’ve tried shaving it, but it grows back whenever I go to sleep. It’s like a hipster version of ‘The Santa Clause,’” the caption continued referencing the 1994 Tim Allen movie.

“It’s basically an exaggerated version of my personal journey in New York,” Toole says. Like Bielinski, he briefly lived in Williamsburg. “Over time I realized I was embracing the stereotypical elements of Brooklyn. I grew a beard, wore a bunch of flannel, and spent a lot of time at bars with too many craft beers on tap,” he recalls. Yet he has never considered himself a hipster. “I see myself as less of a genuine hipster, and more as someone who has admittedly appropriated what I see as the best elements of the hipster lifestyle,” he says.

It is actually difficult to find people who self-identify as hipsters.

“I’m too old to be a hipster,” says Erica Roden of The Mixtape Shop, a record store and coffee shop on Bedford Avenue that opened in July. She finds the term “hipster” to be reductive. “I don’t want to judge people based on what they wear,” she says.

The Mixtape Shop, contrary to what some have said online, is not a “hipster” establishment, she maintains. “All sorts of people come here. Some people drop their children at the YMCA for swimming and come here,” she says. Indeed, on a recent Saturday evening the store seems to have a diverse clientele. There is a gentleman wearing a shirt with Hindi phrases on it, who would fit the stereotypical idea of what a hipster looks like. But there is also a middle-aged man looking at records with his teenage son.

“We know our neighborhood,” Roden says. “The space where this store is had been empty for 15 years,” she says, stressing that they have not displaced another business.

Still, many Brooklyn-natives see presence of “hipsters” as a persistent issue. “Housing is a real problem in this city and hipsters seem to only exacerbate it,” says Ayman El-Sayed, a Brooklynite who runs the satirical Facebook page “Hipsters of New York.” He adds: “I don’t know if the hipster subculture is dying within NY but if I had to guess I would probably lean more towards no than yes.”

Toole also posted a video about gentrification on his page last year. The video showed a 26-year-old beanie-wearing white male sarcastically complaining about rising housing costs. “Gentrification raises the cost of living for real Brooklynites… like me,” the character says.

Nonetheless, both he and El-Sayed agree that hipsters are an easy target when talking about the issue. “They aren’t strictly to blame, that wouldn’t be fair,” admits El-Sayed.

So why have New Yorkers been so hard on the subculture?

“Hipsters were easy to hate because they rejected what was seen as normal, which for some reason or another attracted the ire of  ‘normal’ people,” Toole says, deliberately talking about the group in past tense.