The Homeless People of Brighton Beach 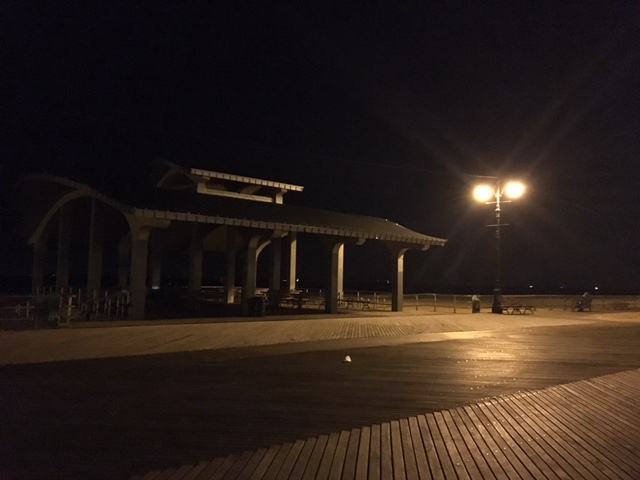 Homeless people often sleep in gazebos on the boardwalk

After the sun goes down, the Brighton Beach boardwalk with its restaurants and bars becomes a hotspot for local nightlife. But benches and gazebos also serve as a place to sleep for many of this area’s homeless.

For years, local religious organizations have been helping them with hot food, clothes, and shelter. But activists find the help that the homeless can receive there insufficient, especially after the only shelter in the area has closed.

Many of Brighton Beach’s homeless are alcoholics originally from the former Soviet Union, volunteers working with the community say. Some have brought their addictions from their home countries; others were seeking refuge in alcohol from the realities of the American life and isolation of being an immigrant.

“Life in America is very intense or, should I say, active. Many break along the way. They couldn’t quite build their life here, they feel useless and are unable to find a job that will satisfy them,” says Alex Antonyuk, who has been involved in outreach activities since seeking help for himself in 2008.

Antonyuk, who is originally from Belarus, started drinking heavily while struggling with chronic pain from gallbladder attacks and joint problems. He eventually went into a rehabilitation program at the Coney Island Hospital, at the same time helping at the Russian Orthodox shelter called “House of Diligence” in Brighton Beach.

After years of legal battles over the building and hefty fines, the shelter lost its place more than 2 years ago, and the priest who was running it had a fall out with the Church and was defrocked.

Opinions have split on whether the shelter was effective in providing lasting help to homeless people with addictions. Only a few of all the people who lived there have recovered, volunteers admit.

Yuri Topolya is the shelter’s most well-known success case. He lived on the street for almost 10 years and earned the nickname “Ghost” for his ability to survive in the direst conditions.

To this day, he is deeply offended by the fact that the shelter closed at the beginning of December, at the start of the most dangerous season for the homeless. 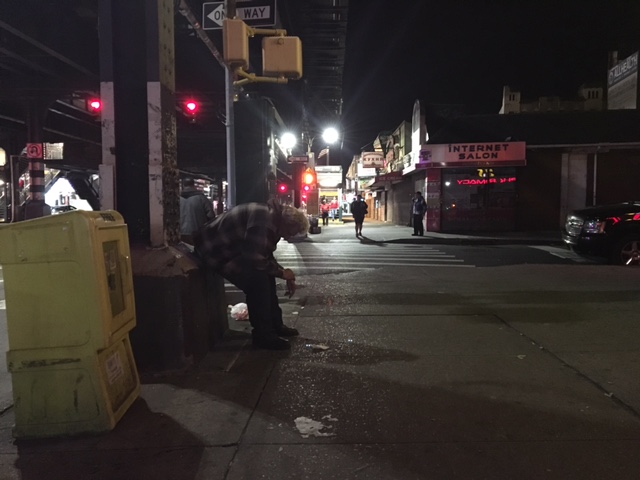 Moving to the U.S. from Ukraine in 1996 was his wife’s decision, Topolya says, and over the years, he has been thinking a lot whether it was a right one.

“I found myself in a foreign country. It was hard to make sense of things. I didn’t think that you can work a 12-hour shift and still be completely broke,” he says, adding that his first job in the U.S. was working as a CNC operator.

For him, religion was enough of a stimulus to stop drinking. But this isn’t always the case. Alcoholics need 24/7 professional help, while the religious shelter was only capable of “half-measures,” Antonyuk believes.

“We couldn’t help people replace their documents that they have exchanged for alcohol or lost; we couldn’t provide medical help. But the state can do it. If the person wants to stop, New York offers every opportunity for it. The person just has to demonstrate their will. Unfortunately, many simply can’t find the strength within themselves,” he explained.

The Russian Orthodox Church of the Mother of God that previously ran the shelter in Brighton Beach opened at its new location last February. The church currently helps people in need to look for accommodation but doesn’t offer housing itself.

A group of people that used to volunteer at the shelter is still active. Every Tuesday, they give away soup and bread on the boardwalk. Georgian Orthodox priests and Catholic nuns also serve free meals in the area on different days.

On Tuesday night, about 10 homeless people came to the gazebo on Brighton Beach for the free meal.

Natalia Kashchuk came to the U.S. from Ukraine almost 20 years ago to earn some money and repay a $500 debt in her home country. She says she wanted to go back soon but instead, wound up on the street, sleeping in the gazebo and eating donated soup.

“I was on the street when Hurricane Sandy hit,” she says. “After all these years, I am still here. We all sleep on benches, “she said. “I get my breakfasts and lunches at the Jewish center, but as for dinners, I eat only when volunteers bring the food here.”

The soup that Kashchuk and others were eating was cooked by Tatiana Cruz, owner of a daycare in the area. She insists that reaching out to the homeless is essential, regardless of the result. “If you save only one person, it is still worthwhile,” she says.

The majority of the Russian-speaking homeless arrived in the U.S. decades ago, which means Brighton Beach’s homeless community is also an aging one, consisting of many elderly, volunteers note.

“Recently, less homeless people have been sleeping on the benches but this doesn’t mean that this problem has been solved,” says Antonyuk. “You see, there are no young people there. I think this is simply because many of the Brighton Beach homeless are already dead.”