Connecting America – One State at a Time

New York state (NYS) is pushing for every state resident to have a high speed Internet connection of at least 100 Mbps nationally and at least 25 Mbps in the state’s most remote regions by 2018. The Request for Information (RFI) NYS has issued with the announcement will help finalize guidelines for the $500 million New NY Broadband Program.

“High speed Internet access has become an essential ingredient of any strong economy,” said Governor Cuomo during the plans announcement on the 24th of September. “With this action, we are engaging providers, municipal leaders and other stakeholders to help ensure the New NY Broadband Program leverages the State’s investment in the best way and fulfills its goal of providing access to high speed Internet to every New Yorker in every corner of this state.”

This push for a better connected state is one of the most audacious in the country and goes beyond the Federal Communications Commission’s (FCC) vote to change the definition of accessible broadband from a download speed of 4 Mbps to 25 Mbps. The decision by the FCC to raise the definition of broadband has resulted in roughly a tripling in the numbers of U.S. households without broadband access with some officials agreeing with Governor Cuomo that not even 25 Mbps is enough.

“I think our new threshold, frankly, should be 100 Mbps,” noted FCC Commissioner Jessica Rosenworcel, in an email bulletin from the NYS broadband office. “I think anything short of that shortchanges our children, our future, and our new digital economy.” 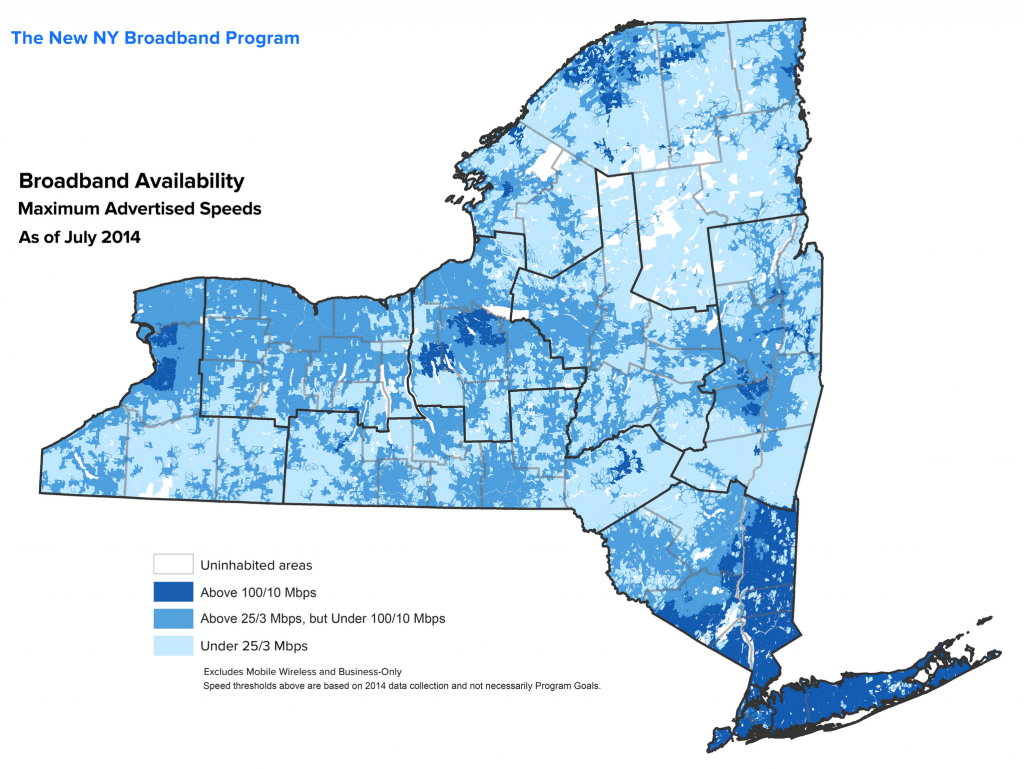 The plan to expand broadband accessibility in the state of New York will hopefully help upstate regions that are still suffering from Verizon’s neglect in upgrading its DSL networks there. This is in an attempt to help those residents of New York who felt shortchanged by having to pay for higher Verizon prices while never seeing their fiber optic expansion, instated in 2009, reach them.

According to the NYS Broadband State Office’s Statewide Broadband Availability by County list, Manhattan and Queens are the two boroughs of New York City most unserved under the new initiative with 38 percent and 18 percent not having access to speeds of 100 Mbps respectively.

“We strongly support and advocate for expanding the state’s broadband infrastructure,” said Scott H. Perra, president and CEO of Mohawk Valley Health System. “It’s critically important for our patients and families, those we serve in our hospitals, provider offices and in remote locations via telemedicine.”

The ability to provide healthcare to remote locations is of particular concern for many upstate healthcare providers, this being one of the main reasons for Governor Cuomo’s decision. “The New NY Broadband Program is a much needed investment that will help overcome the connectivity issues in severely underserved areas like northern New York,” said Joseph Riccio, Director of Communications at Adirondack Health.

In addition to this, more than 95 upstate businesses, including several businesses from the Finger Lakes and Mohawk Valley, have expressed their support for the Broadband program. This is not surprising considering broadband is thought to be responsible for 43 percent of all new jobs created by businesses across the country since 2013.

“I believe it is integral in today’s economy for all New Yorkers to have access to high speed internet,” said Dr. Renee Scialdo Shevat, owner and president of Herkimer Diamond Mines, Inc. “As the owner and supporter of a small business in New York, I feel that ensuring this access will unify the State as well as engage us a key participant in the global economy.”

The plans set forth by the Cuomo Administration reflect the aims of the National Broadband Plan unveiled in 2010, which state at least 100 million U.S. homes should have affordable access to actual download speeds of at least 100 Mbps by 2020.

They also fall in line with President Obama’s general push for greater and more substantial nationwide broadband access. He similarly argues that bettered broadband coverage is crucial for economic growth and the health services. Most recently, ahead of his State of the Union address earlier this year, he stated that he wishes to expand high speed Internet access by forestalling state laws restricting the expansion of city-owned broadband networks. This way American cities could attain broadband levels similar to those of Tokyo and Seoul. 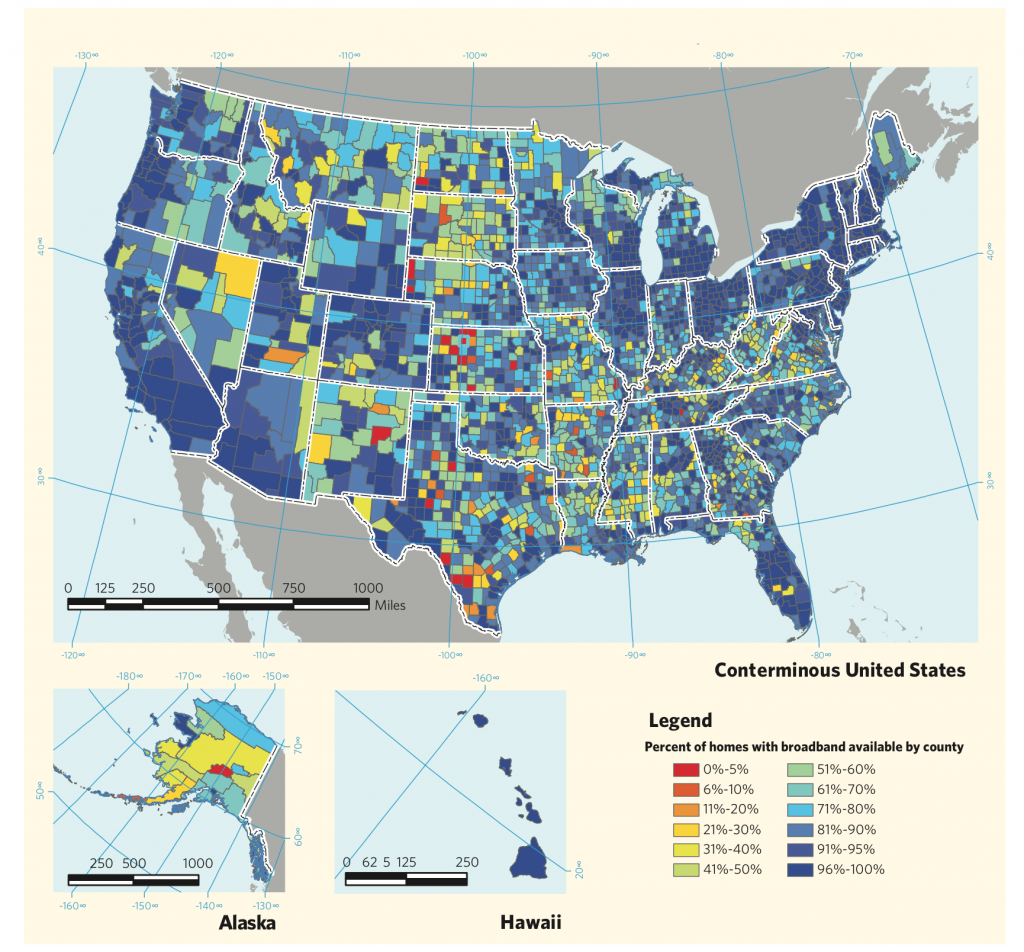 President Obama also referenced several Agriculture Department loans and grants that are available to cities in order to help expand their broadband coverage in rural areas.

As with virtually every decision made by the FCC, the National Cable and Telecommunications Association (NCTA) starkly disagreed with these notions much like they, in addition to Verizon and AT&T, disagreed with the FCC’s push to raise the definition of Broadband from 4 Mbps to 10 Mbps back in 2014. Head of the NCTA Michael Powell argued that government-run networks often end up in failure in response to President Obama’s statements ahead of his State of the Union address.

Despite this push for bettered broadband connectivity by the Cuomo Administration, the city of New York still does not even compare to the Internet speeds of Cedar Falls, Iowa.