A Space for Artists in Bushwick 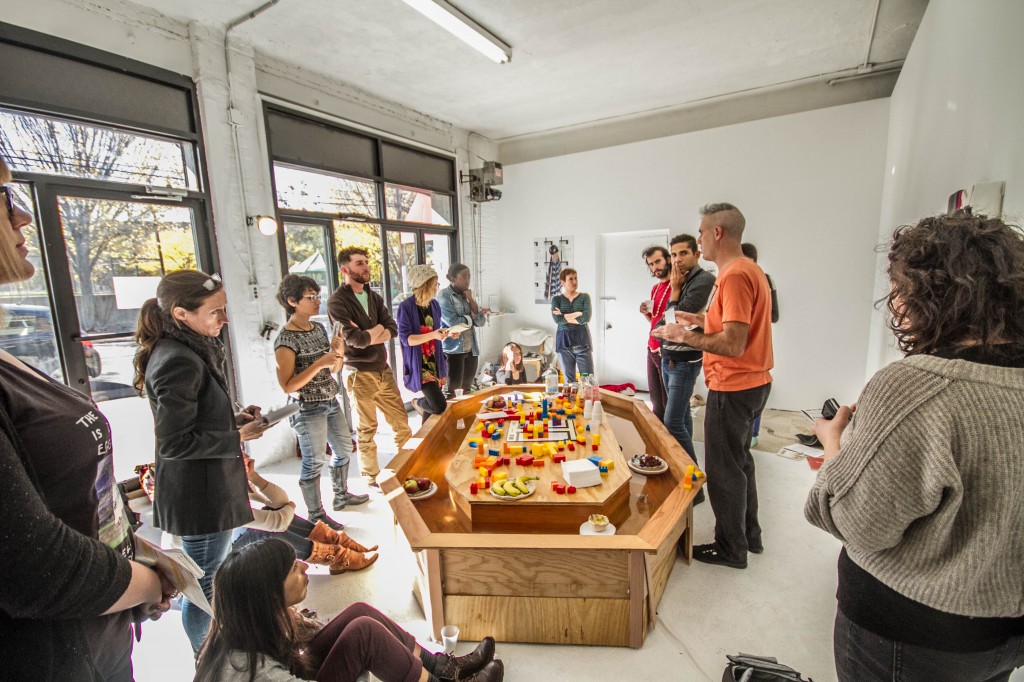 Mark Torrey holds his flashcards while explaining the basics of zoning to a group of artists and community members. Photo by Alberto Zamora.

It was a bright sunny morning shining through the large glass windows of the The Vazquez Building Art Gallery at 954 Flushing Avenue in Bushwick, where a table was set up with large plastic building blocks on a board and assorted snacks to welcome those attending the “Zoning 101 for Artists” activity and workshop.

“There is nothing in the zoning code called ‘artist places’,”said urban planner Mark Torrey. He was the workshop teacher invited by the Artist Studio Affordability Project or ASAP to talk to artists about zoning. Torrey is also the co-author of the “What is Zoning?” handbook which was prepared by the Center of Urban Pedagogy following on its mission statement which is to explain complicated terms in visual and simple ways so that constituents better advocate their own community needs.

Watch the companion video to this article, “The Artist Pioneers” produced by the author:

Bushwick is one of the many places in New York City where the concepts of zoning and rezoning are becoming more and more relevant in the civic lives of different organized groups and residents who fear they will not be able to stay in their homes or keep their businesses running for the next few years because of rising rent prices. In Bushwick this is partly due to the rezoning of what used to be manufacturing areas into residential and the associated speculation brought on by developers who have offered millions of dollars to purchase land for building mid-rise apartments there. The pressure has notably intensified for artists who originally established their homes, studios and galleries in the neighborhood when it was cheaply priced at the turn of the century but now feel a need to better educate themselves on how they can work together to avoid being priced out.

“The city started rezoning under Bloomberg and it has continued with de Blasio which begged the question: how to best equip the community on how to understand the large complex terms that are used so they can decide for themselves,”said Torrey.

Zoning establishes the rules that determine what kind of buildings can be built in what kind of places. In New York City these are basically separated into three categories: manufacturing or “M” zones, residential or “R” and commercial or “C”. Special attention has been focused on Bushwick since last year the Community Board approved the rezoning of the half a dozen blocks that used to be part of the industrial “Rheingold Brewery” to turn it into residential zone. Just this October, according to a report by YIMBY the Read Development Group filed permits to develop what is planned to be a 10 building apartment complex that will be eight stories high and house nearly 1,000 apartments out of which only 30 percent will be below the going market rate as part of a deal negotiated with the city. 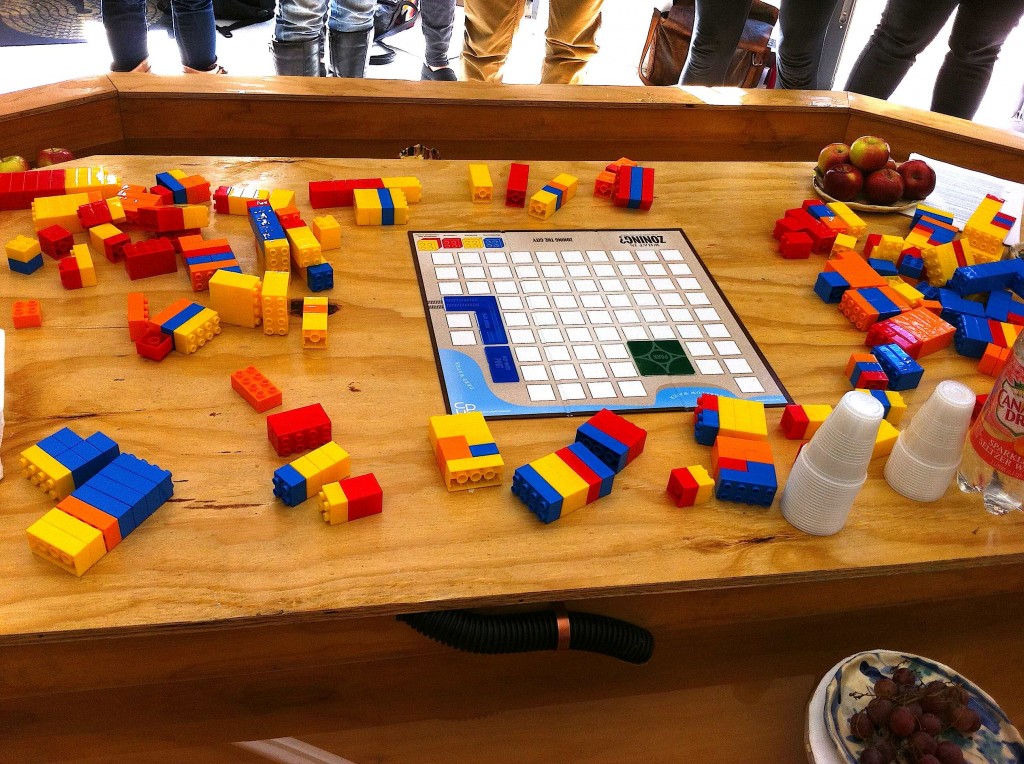 The Workshop Board. Photo by Alberto Zamora.

“Many artists are aware of the crisis they face in securing affordable studio space, exhibition space, and of course residential rent. They are also aware of the general perception that they are “gentrifiers” who come into neighborhoods and change its character or displace long-term residents, yet they also ‘can’t afford to live anywhere else’,” explained Susan Surface, an architect who works as a curator and is also an organizing member of the Artist Studio Affordability Project.

Even though rezoning in Bushwick is closely tied with rent price speculation, there is a case to be made about these areas being sub-utilized. According to the Rheingold Development Rezoning Environmental Assessment Statement, “the majority of the projected development sites are vacant or utilized as vehicle storage.” Nevertheless, the future use of rezoned neighborhood blocks is not limited to the developers plans but has a wider impact on the economic lives of local residents.

“This is not just about artist studios, but all small business and all local people who are part of the character of the neighborhood,” said Stephanie Beck an artist and member of ASAP.