The Rise of Participatory Budgeting in American Cities 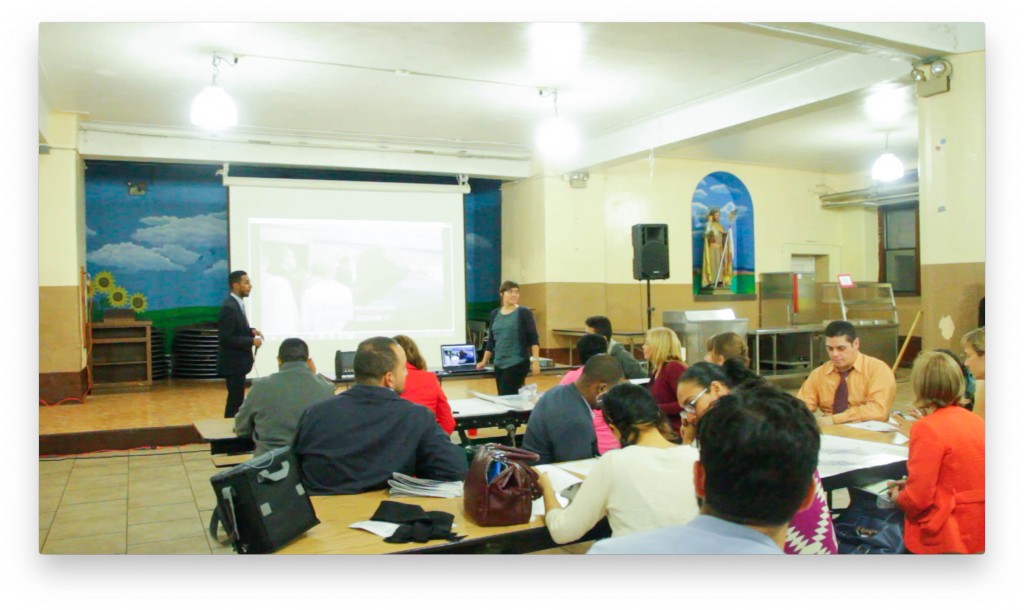 It was close to dusk outside St. Joseph’s church at 185 Suydam St. in Bushwick where a young woman stood pasting paper notices on the wooden door next to the main entrance of the place of worship. The door led to the cafeteria downstairs where one was greeted at the reception with a contact list, a table number to sit in and a handout explaining the agenda for the evening on how participatory budgeting will work for New York City’s district 34.

“It’s about letting the community decide what to do with their tax dollars. It’s really going to get folks engaged in something that they haven’t been a part of ever,” said councilmember Antonio Reynoso who is presenting the first cycle of participatory budgeting in his district, which includes Bushwick, Williamsburg and Ridgewood.

Participatory budgeting is a process that builds on the democratic practice of having members of a community brainstorm ideas in meetings, which are then articulated into quantifiable capital projects listed on a ballot. This effectively transfers the decision power from the elected officials to the communities which participate in the elaboration of the project and then vote on the ballot. The process is not new in the United States or the world, but in recent years it has generated significant momentum in Chicago, Boston and in New York City where communities have a decision-making power of over $14 million in taxpayer money.

In Bushwick’s assembly there were maps of the entire district on each table, outlining key locations such as the M,J,Z stops of the subway, public schools, senior centers, libraries and parks. This is so each of the tables would be able to detail what they want repaired or built and where exactly they want this to happen.

Participatory budgeting originally started in 1989 in Brazil in Porto Alegre and according to the World Health Organization it has been somewhat successful, particularly in prioritizing spending in infrastructure such as water connections which went from 75 percent of all households in 1989 to 98 percent in 1997. However, the main criticism given by WHO is that the people who participate in the exchange of ideas and put forth the projects that will be voted upon, are often not the poorest in the communities.

For NYC’s District 34, Reynoso admits that what are considered to be the main problems affecting the community and what focus is placed on them depends really on who you are. “We lack quality park space, there is gentrification, displacement, transportation systems are out of date. We want to make sure we give people access and an opportunity to change it,” he said.

The participation in NYC has grown substantially and PBNYC is now the largest participatory budgeting process in the United States. Some councils in the city are now in their third cycles, while in 2011 it was estimated that 7,700 people participated; today the number is closer to 17,000. In the 2014 official ballot for district 38 in Brooklyn, which stretches from Red Hook to Bensonhurst, one could find the possibility of investing in projects such as a new community garden for the Red Hook Library valued at $85,000, sidewalk extensions valued at $800,000 or the installment of NYPD Surveillance Cameras in Sunset Park valued at $600,000.

“More people want to feel that they belong somewhere, like here at St. Joseph, it helps the community,” said Yolanda Vega, a leader at the East Brooklyn Congregation who works as a teacher at a daycare center. Yolanda believes that some of the biggest problems in her community have to do with keeping children off of the streets and helping the elder population be able to afford the cost of living with more affordable housing supplied by the city. However she is also aware that the eligible projects must be under $1,000,000 which limits the scale of the projects in a large city like New York.

The stages of participatory budgeting start with the neighborhood assemblies where the council members present the information of the budget and residents brainstorm ideas, this is followed by the delegate meetings where the proposals are analyzed by experts who can best estimate the cost of each project and after that the projects are presented in an exposition and then these are listed on the ballot to be voted on. For the PBNYC cycle of 2013-2014,the neighborhood assemblies took place in September 2013 and the voting happened six months later in late March and April of 2014.

A recent PBP five year evaluation report listed as among it’s impacts that this type of process increases civic engagement, broadens political participation and that it strengthens the relationship between government, organizations and the residents.

“The participation is extremely important because at the end of the day it’s the votes that are gonna decide,” said Reynoso.