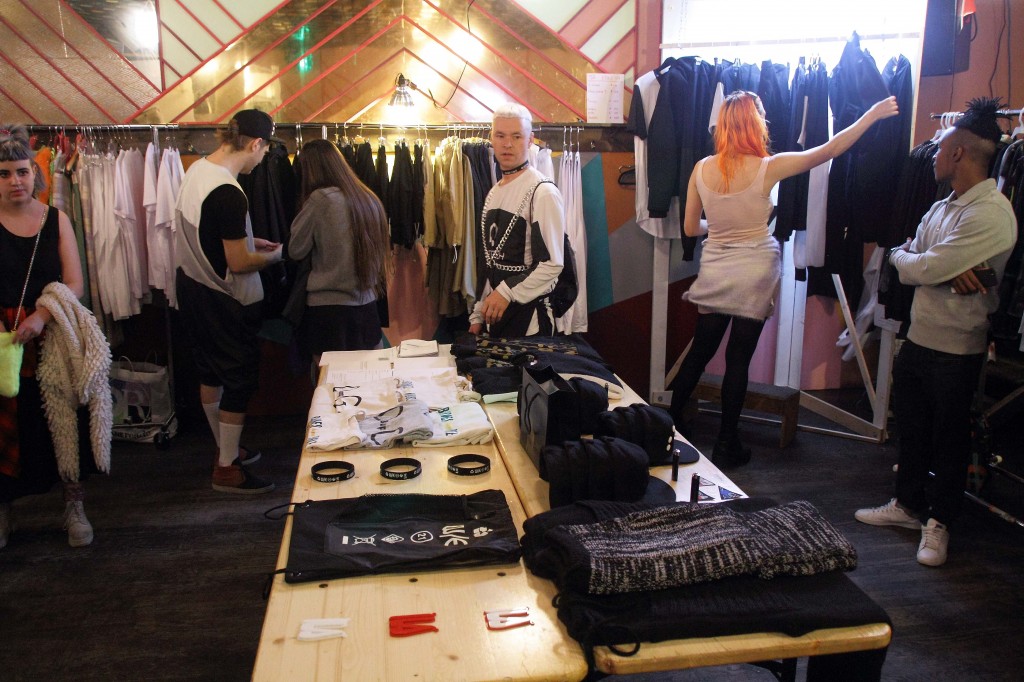 The scene at the back of the Tandem Bar showed multiple clothing and accessories for sale by local designers. Photo by Alberto Zamora 20th of September 2014.

A packed house sat for brunch last Saturday afternoon on the front part of the Tandem Bar over on Troutman Street, Bushwick. Some came just for the food, but at the back of the bar another scene was drawing dozens of people in. A ceiling full of vinyl records adorned a large room where music played to the sight of neon lights shining on the new collections on display of the local fashion designers.

Since July, on the third Saturday of every month, a select group of Bushwick based curators and designers have organized a space where people can find locally designed, produced and curated apparel; clothing that generally lacks access to mainstream big department stores for distribution. The organizers of the now regular event chose to name it “Multitask” with the idea of creating a convenient experience that reunites the enjoyment of shopping, listening to music, networking and dining for people who don’t have time to do all these things by encompassing it all in one location.

Mackswell Sherman, a one time professional rapper turned designer of the “MOVES” brand is one of the organizers. He explains that the event takes place in Bushwick because there is a community hub, which works together to make things like these happen. 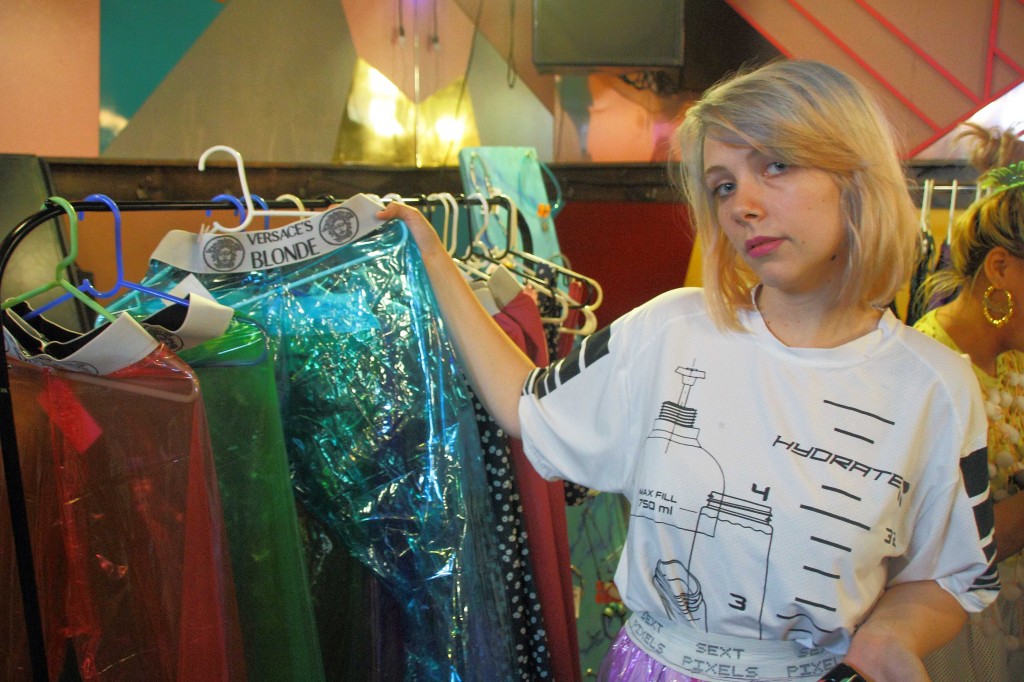 “The whole brunch, independent designer market, party, DJ showcase and free show are an intentional combination,” said Sherman explaining that this blend of activities works for people who don’t have time to do all these things separately, which is why Multitask is a more user-friendly experience.

The event featured eleven designers out of which some are regulars and other rotate. Sherman explained that the core group is composed of BCalla, Sir New York, Whatever 21, FONY (Fashion Origins New York) RHLS (Ruffeo Hearts Lil’ Snotty), CLFF, Sext Pixels, and Something Happening.

Another of the organizers who goes by Brian Whateverer, (referencing his Whatever 21 brand which is a parody of the big corporate brand of Forever 21) started his business a year and a half ago which he asserts has grown thanks to his online store and the Multitask marketplace. Whateverer showcased his “Refresh” collection, including modular sportswear clothing in the form of shirts with hydration designs that have backpack clips attached on the sleeves. 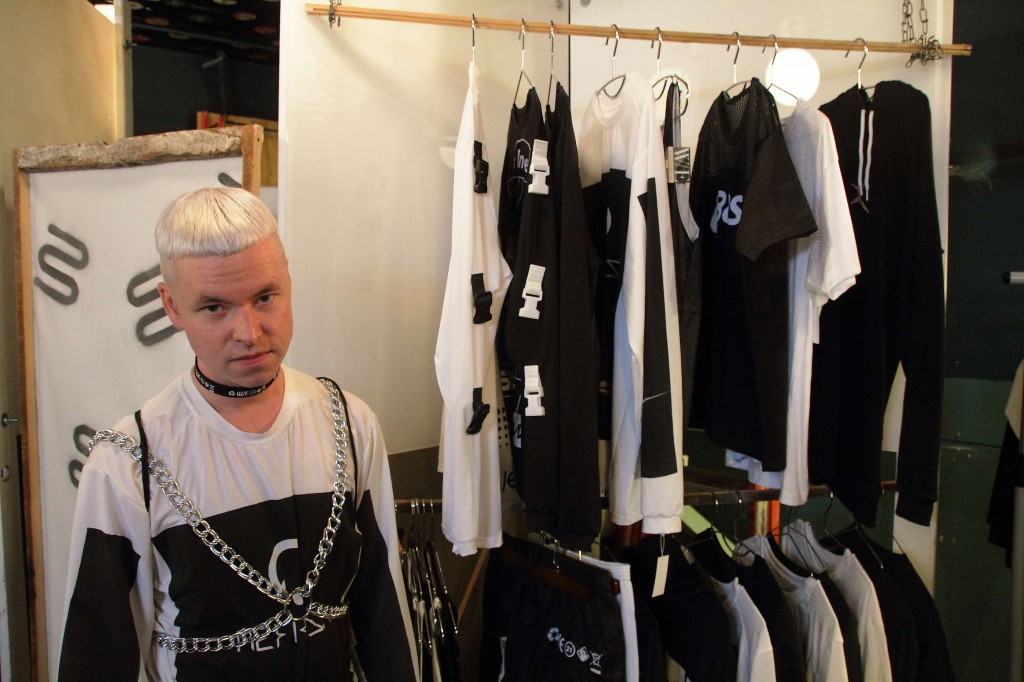 “We didn’t have anything consistent like this happening every month,” said Brian talking about the importance of having a regularly established marketplace, especially for independent designers. These wouldn’t normally have the same distribution platform that big corporate brands do.

Even though the fashion industry in New York City is valued at $98 billion and employs over 180,000 people according to the New York City Economic Development Corporation (NYCEDC), some independent designers believe that the industry’s business model leaves almost no space for them to participate in. Which is why the multitask organizers feel an imperative need to work together to sustain their marketplace.

“The current NYC fashion industry isn’t set up to support small designers, specifically due to the seasonal buying model which can often be exploitive to small designers via high trade show fees, runway and presentation fees,” said Sherman.