Eating a hamburger, Tianna Casilla tries her best to give good nutrition to her unborn child. “I hope I wasn’t found ineligible,” the five-month pregnant mother of a son murmured in the wind outside of the Bronx-based PATH – the citywide intake center for homeless families with children.

The 19-year-old woman who was evicted with her dad by their landlord arrived at the center’s doorstep recently to apply for a shelter. What made Casilla more anxious is the uncertainty of whether or not she will be found qualified to stay in the shelter system.

Families with children younger than 18 years old, pregnant women and families with a pregnant woman can seek help from the Prevention Assistance and Temporary Housing Office (PATH) to find a shelter. Families may be assigned a temporary shelter for up to 10 days during the Department of Homeless Services’ investigation, according to DHS website. If the investigation finds families have a viable and even temporary housing alternative, they will be determined ineligible and leave the temporary shelter. However, doubts over eligibility, often fueled by rumors, often loom large over vulnerable families seeking shelter. Casilla’s fears were triggered by a rumor that a woman in early labor was forced to move out of the shelter due to ineligibility.

Homelessness in the city has “reached the highest levels” since the Great Depression, according to the Coalition for the Homeless. In August, the most recent month available, 61,471 homeless people, including 15,315 homeless families with 22,970 children, were living in the municipal shelter system. 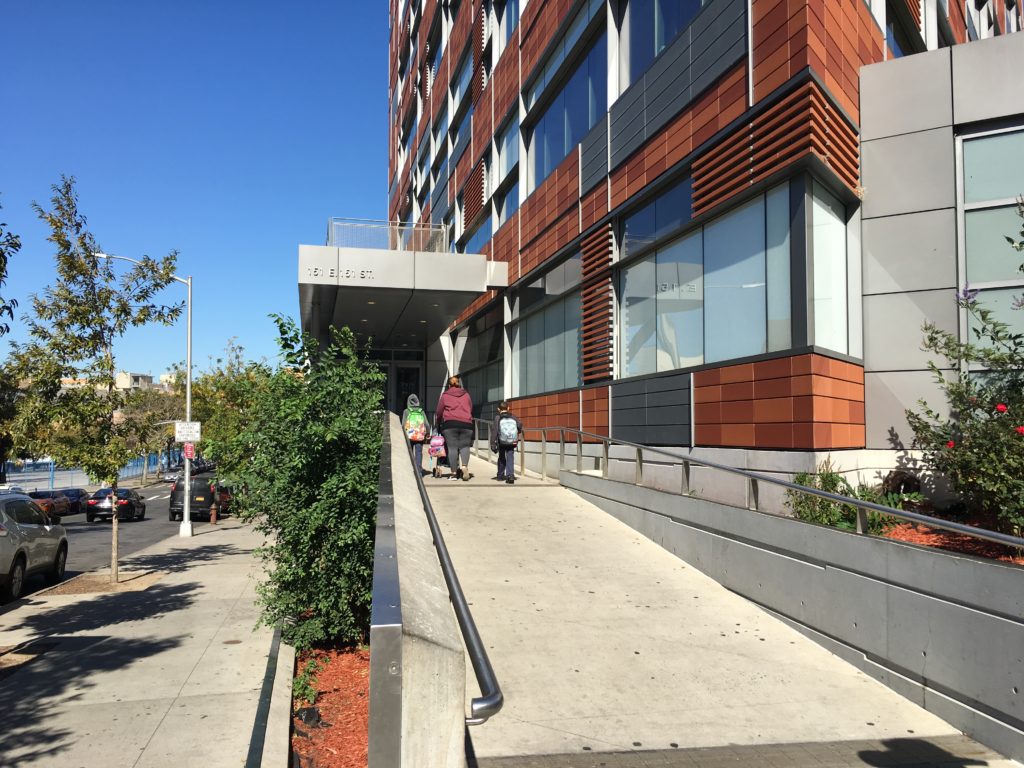 A mother goes to PATH to apply for a shelter with three kids.

With the record high number of homeless people, the city rolled out a pilot initiative early September, which provides rent-free apartments for 12 months to families that are willing to move outside of the five boroughs. It is regarded as an extension of former Mayor Michael Bloomberg program that covered transportation expenses for people who are homeless and seek housing outside of New York City.

Nevertheless, the pilot initiative has provoked concerns by some advocacy organizations about its effectiveness to solve the homelessness issue fundamentally, just like its precedent.

“While the program might be beneficial for a few families, the plan to send some families outside of New York City speaks to the devastating lack of affordable housing here for low-income families. We are also concerned that any program that only offers short-term help will return families to homelessness once that first year is up,” said Giselle Routhier, Policy Director of Coalition for the Homeless.

Despite the concerns from advocates, New Yorkers struggling to find permanent housing were more excited to hear about the pilot program.

Casilla believed that she would not return to homelessness if she could be enrolled in the mayor’s pilot project. She insisted she only wants a temporary place to live until she delivers.

Abya Ba, a 24-year-old single mother, also yearns for a free apartment to get back on her feet again, even if she has to move out of New York City. Over the last two months Ba has applied for a shelter several times. She was kicked out of a shelter in August and labeled ineligible after she missed a night to take care of her disabled mother. 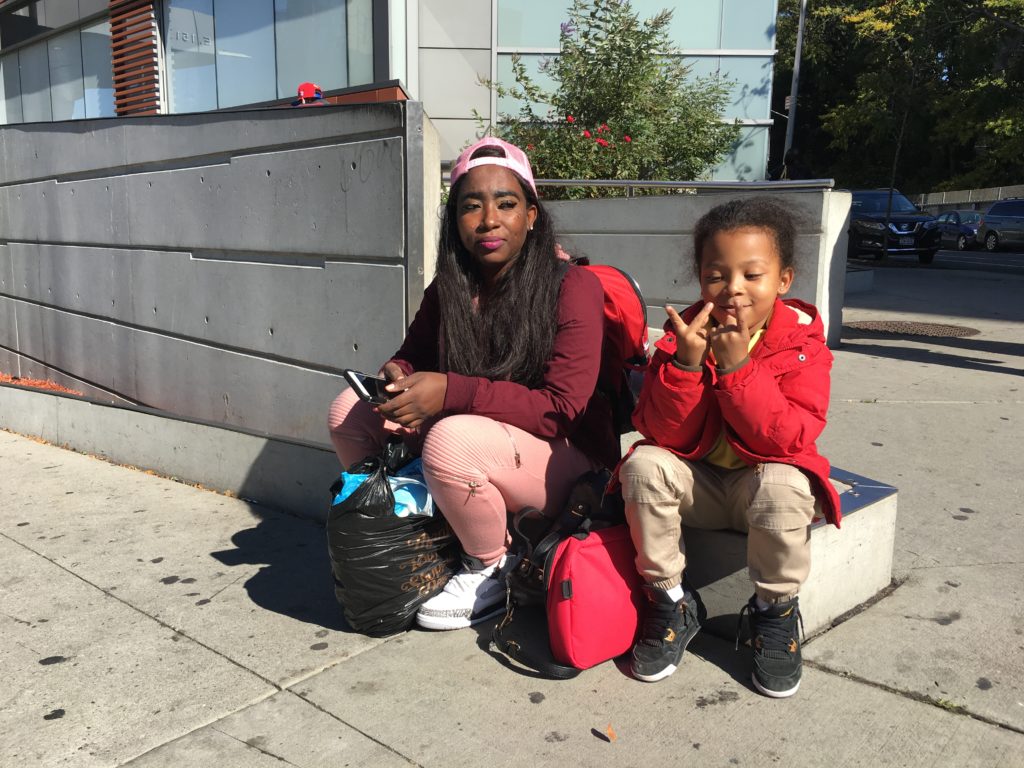 Abya Ba and her son wait outside of PATH office building.

Continuous reapplication does not only mean tiredness and anxiety, which made her faint on October 10 when waiting outside of the PATH office building for an interview, but also causes her five-year-old son to miss a lot of school as Ba has to keep bringing him in front of PATH officials for interviews.

If Ba has a 12-month rent-free apartment, she will not need to curl up in a “box-like” shelter room and turn the “box” into a sauna room while cooking in the summer, she said. She would not hesitate to stock up on food again which she has not done since she was evicted from the shelter over the summer and lost all her groceries. “If I have a free apartment for a year, I will start over again, finding a job and saving money,” she said.

But before Cassila or Ba can even hope for a place in the mayor’s rent-free pilot program, they first have to be granted eligible for a spot in the city’s shelter system. And that eligibility is still unknown.