Unsafe and Unsatisfactory: Astoria Playgrounds Not Up To Scratch 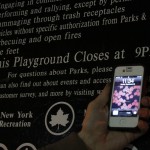 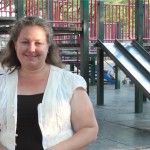 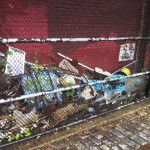 Like most public playgrounds in the area, Playground 35 on 35th Avenue between Steinway and 41st street in Astoria, Queens is never locked at night. And what does New York City Parks say about it?  Locked or not, it will be broken into and vandalized anyway.

Finding out whose responsibility it is to maintain the playground was no simple task. After being passed from City Council Member Jimmy Van Bramer’s office to New York City Department of Parks and Recreation to the City Hall police desk, and finally to the 114th Precinct, it took the arrival of NYC Park ranger, Sashadewa Sada at Astoria Heights Playground to unearth the answer. Sada was at the park, located on 30th Road, to lock up the restrooms which close at 5pm each day. Playground 35, he revealed, does in fact fall under his jurisdiction, as well 14 other playgrounds in the Astoria and Long Island City districts. “The gates used to be locked [by NYC Parks],” says Sada, however after a while it was realized that it did nothing to deter people from breaking in at night.

Gabe Gross, a local activist who began an initiative to improve the conditions at his local playground Sean’s Place on 38th Street in Astoria, was given the very same answer. “They’re more worried about a kid climbing over the fence and getting locked in, then the park being vandalized,” says Gross.

In fact, Jenny Herdman Lando, who lives across from the Astoria Heights park, was walking by the playground late one evening to find an 8-10 year old child stuck on the gates surrounding the pool area. He was following a group of older kids who had already climbed in and were subsequently egging the boy on. After helping the youngster down, Lando called the local precinct, and the kids ran off. “I told the guys that they better step it up. I don’t want to find a floater in there.”

Unlike other larger NYC parks, Sean’s Place does not have any staff assigned to it, and so is ultimately reliant on groups like Gross’s. Local volunteers, Irene and Ronaldo Vega used to lock and unlock the gates until Irene died in 2010.  Or as Ronaldo posted on the Friend’s of Sean’s Place Facebook page: “When Irene passed in March of 2010 there was no one to close the Park, which in turn left me with no reason to open it.”

Gross however is not vehemently critical of NYC Parks. While he feels the system is layered with levels of bureaucracy, he praises Mayor Bloomberg’s private-public partnership scheme which have been trying to support initiatives such as his. Behind the basketball courts at Sean’s Place, there is an illegal pedestrian thrash dump. “I called it into 311 (the NYC Parks hotline) but when they came to check it out, they deemed it not to be a problem,” says Gross. He added: “It wasn’t on the park’s property.” Gross was persistent however, and got through to the office of council member Peter Vallone, who represents District 22, and subsequently had The Department of Sanitation sent out. It turns out that the dump is indeed on public property. “I was a squeaky wheel, ”says Gross. “It’s to be moved in the next week or so.”

Although residents who frequent the Astoria Heights playground have often arrived to find used condoms, broken glass, and overflowing garbage cans (which is also a problem at Sean’s Place), for Lando, the most pressing issue is that the drainage grates are clogged from erosion; you can hardly miss the exposed tree roots along the grass embankment. Ironically, just as local woman Dana Naughton also begins to vent over the amount of broken tree limbs left scattered about after the storm last week, her young son picks up a large branch and starts swinging it precariously. “There you go,” says Naughton, “they’re not removing the tree limbs.”

Lando sees her own attitude as typical of a hardened New Yorker. “We’ve all been teenagers,” she says. “I’m less bothered about the mess they leave behind then about the broken tree limbs.” She adds that there used to be a daily crew in Astoria Heights, but that it simply became a victim of government cutbacks. “There’s a line between parenting and what-do-you-expect,” says Lando. “If you don’t teach your kid not to run under the swing, then your kid’s going to get hurt. Is it NYC Park’s job to put in gates or is it your job to protect your own child?”